This year I've started sharing dishes that are the go-to recipes in my repertoire. These are dishes that I've made more than once that not only pass my own tests but those of friends and family.

Several years ago I found a recipe for Bacon Jam on Not Quite Nigella. The jam is smokey, sweet, tangy, and an altogether luscious condiment. I've made my own adjustments, namely increasing the heat. A simple Google search will show you that many have taken the original recipe and made it their own.

My favorite way to serve it is with a soft creamy goat cheese on crisp slices of baguette. 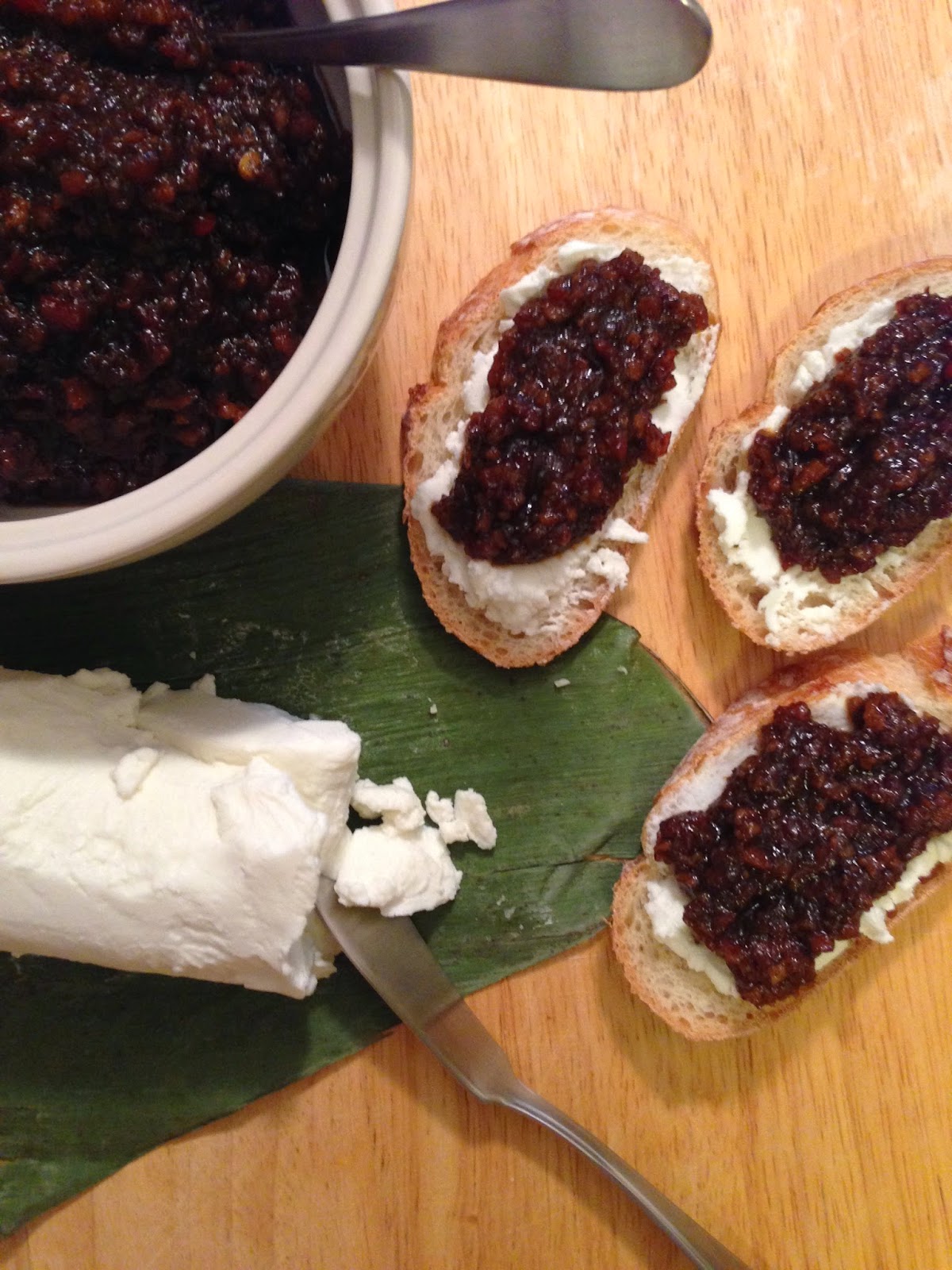 As I said, the main change I made was to add more heat to the overall recipe. I chose to forgo the Tabasco sauce - it's not my favorite hot sauce. Instead I added crushed red pepper and cayenne pepper (I said I liked heat). I do reduce the amount of heat when I make this for others - I want them to enjoy a bit of the spiciness without killing their taste buds. 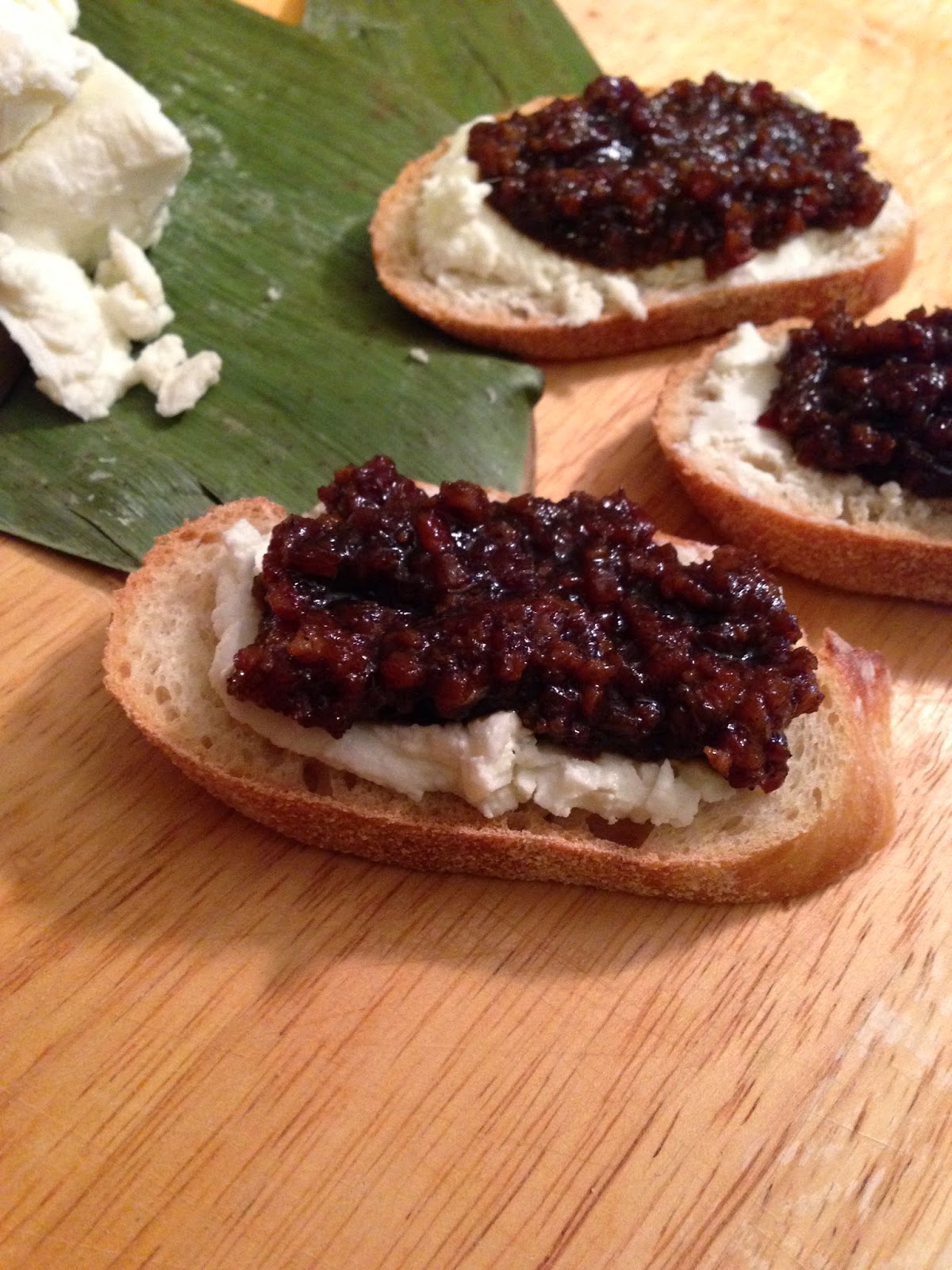 In the final step when processing the jam, I only pulse it a few times until the bacon resembles little pearls maybe slightly larger than tobiko.


The nice thing about this appetizer is everything can be made in advance. Before serving I let the cheese sit out a bit so it's easily spreadable and I heat up the bacon jam just slightly. I don't want it hot but I don't want it cold straight from the refrigerator. 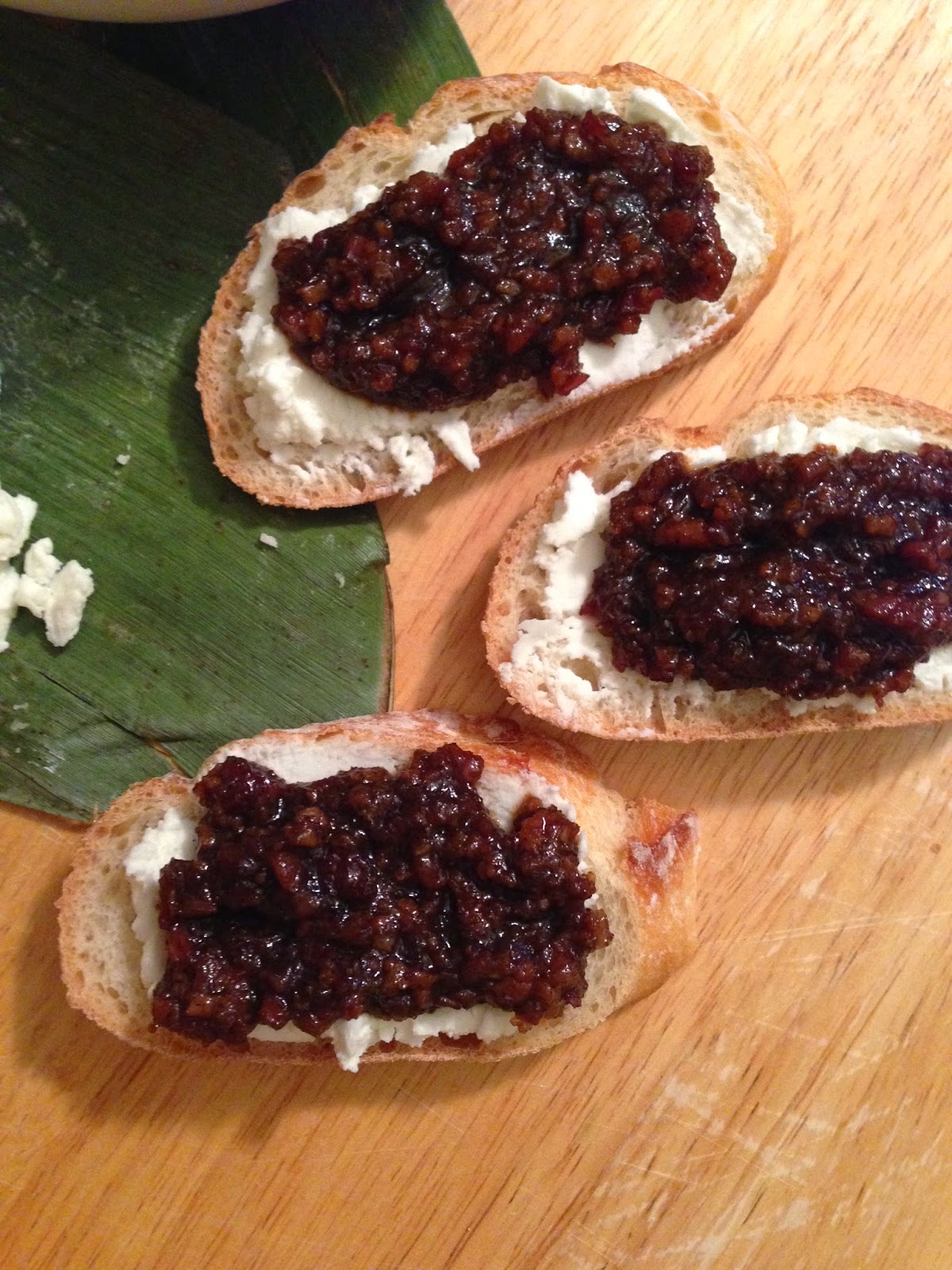 Bacon Jam adapted from Not Quite Nigella

For the Bacon Jam:

In a heavy bottomed pan fry the bacon in batches until just starting to crisp. Drain on paper towel while frying the remaining bacon. Chop into 1" pieces.

Pour off all but about a tablespoon of the bacon fat, reserving the excess for another use.*

Add the onion and crushed red pepper. Cook until the onion is translucent, about 5 minutes. Add the garlic and fry until fragrant, don't burn the garlic.

Return the bacon to the pot and add the brown sugar, coffee, vinegar, maple syrup, and cayenne. Bring to a boil then lower the heat and simmer for 2 hours. Add ¼ cup of water every 25-30 minutes.

After two hours, allow the jam to cool for 5 minutes before pulsing in a food processor - about 3-5 pulses for a "caviar" type consistency.

While the jam is cooking, preheat the oven to 300 degrees. Slice the baguette on the diagonal and arrange the slices in a single layer on a baking sheet. Bake for 10-15 minutes or until the toasts are dry but not brown. Remove from the oven and set aside until ready to serve.

Arrange the toasts, bacon jam, and goat cheese on a serving platter and allow guests to assemble their crostini.


*I set the rendered bacon fat aside to cool then strain it and keep it in the refrigerator for later use. One of my favorite ways is using it in Butternut Squash Velvet - replacing some of the olive oil with bacon fat to add a smokiness to the soup. The fat can also be used in pie crusts (yum).