Often times the recipes I make are inspired by a television program. In this case it was Nigella Lawson's Christmas special (yes, I have a lot of shows on my DVR). What I love about Nigella is she makes delicious food but nothing is super complicated or fussy. One of my go-to recipes is her No-Churn Coffee Ice Cream and now I have a new recipe to add to my repertoire. 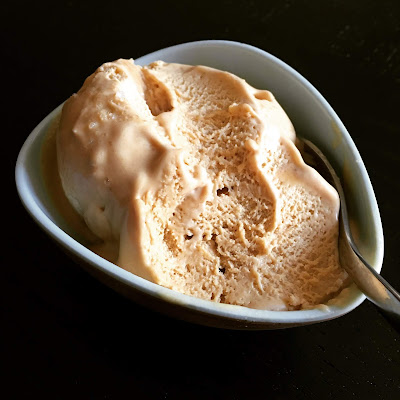 This recipe calls for a can of dulce de leche and I was unable to find it at my grocery store. I considered making dulce de leche but I've always been a little apprehensive about the method (one day I will be brave and do it). But once again, Trader Joe's saved me. TJ's has a delicious fleur de sel caramel sauce which, truth be told, is addicting enough to eat straight out of the jar. Consistency-wise I'm not sure how it compares to dulce de leche. I suspect it may be a little thinner but it worked just fine. My only adjustment was to eliminate the salt in the recipe since it was already in the caramel sauce. 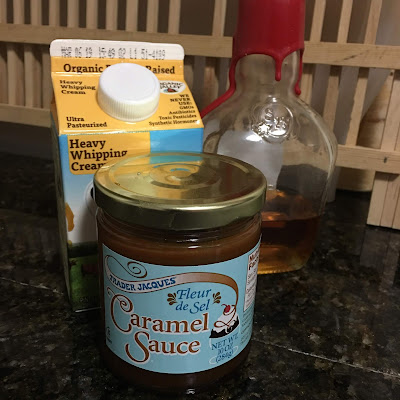 The beauty of no-churn ice creams is an ice cream machine is not needed. The ingredients are whisked together, frozen for several hours, and comes out as a smooth, creamy ice cream treat. 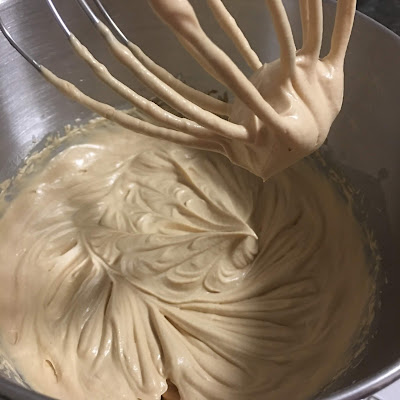 A few of tips: 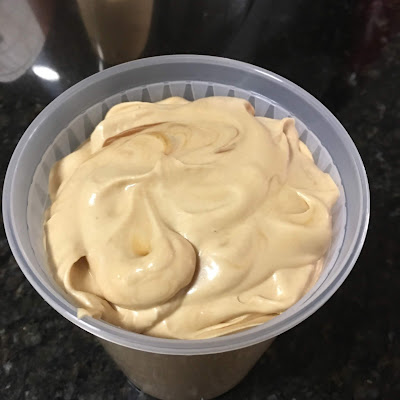 Place dulce de leche, cream and 1 teaspoon salt in the bowl of a stand mixer (can also be made in a large bowl with a hand mixer). Whisk until mixture thickens and soft peaks form. Taste and whisk in more salt if you like.

Gently whisk in bourbon (the more bourbon you add, the softer the ice cream's consistency will be). Scrape mixture into airtight containers. Cover and freeze at least 8 hours.

Serve garnished with a sprinkle of fleur de sel or sea salt, if desired. 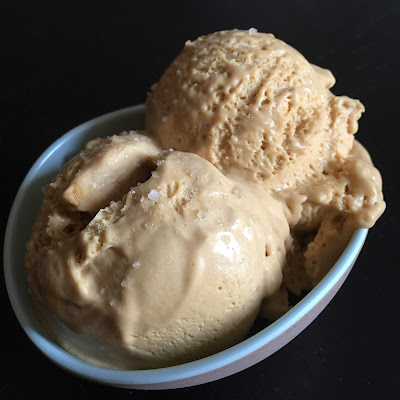