I was leafing through the October 2012 issue of Martha Stewart Living when I came across this recipe for DIY Instant Oatmeal. I was intrigued as I'd assumed that instant oatmeal went through some sort of processing that wasn't readily accessible to the home cook.

I love oatmeal, especially on cold winter mornings (it was 2 degrees the other morning when I woke up and that didn't account for the windchill which never made it out of the negative numbers that day). I prefer making old fashioned oats on the stove but that's not practical at work so I eat different varieties of instant oatmeal. Being able to make my own instant oatmeal was, forgive the pun, instantly appealing.

I finally got around to making a batch the other day. The recipe calls for 1 cup of a combination of add-ins. The online recipe only shows one variation, the printed article included a couple more:

As it turns out I made up my own combination:

Additional recipe modifications: I doubled the amount of brown sugar (½ cup instead of ¼ cup) and added a bit more cinnamon. Even with the additional sugar it's not as sweet as the supermarket brands. I also toasted the sliced almonds and put them into the food processor at the end of processing the oatmeal just to break them up and distribute them more evenly in the mixture.

The recipe seems flexible enough that you could change up the add-ins and even the spices to your liking. 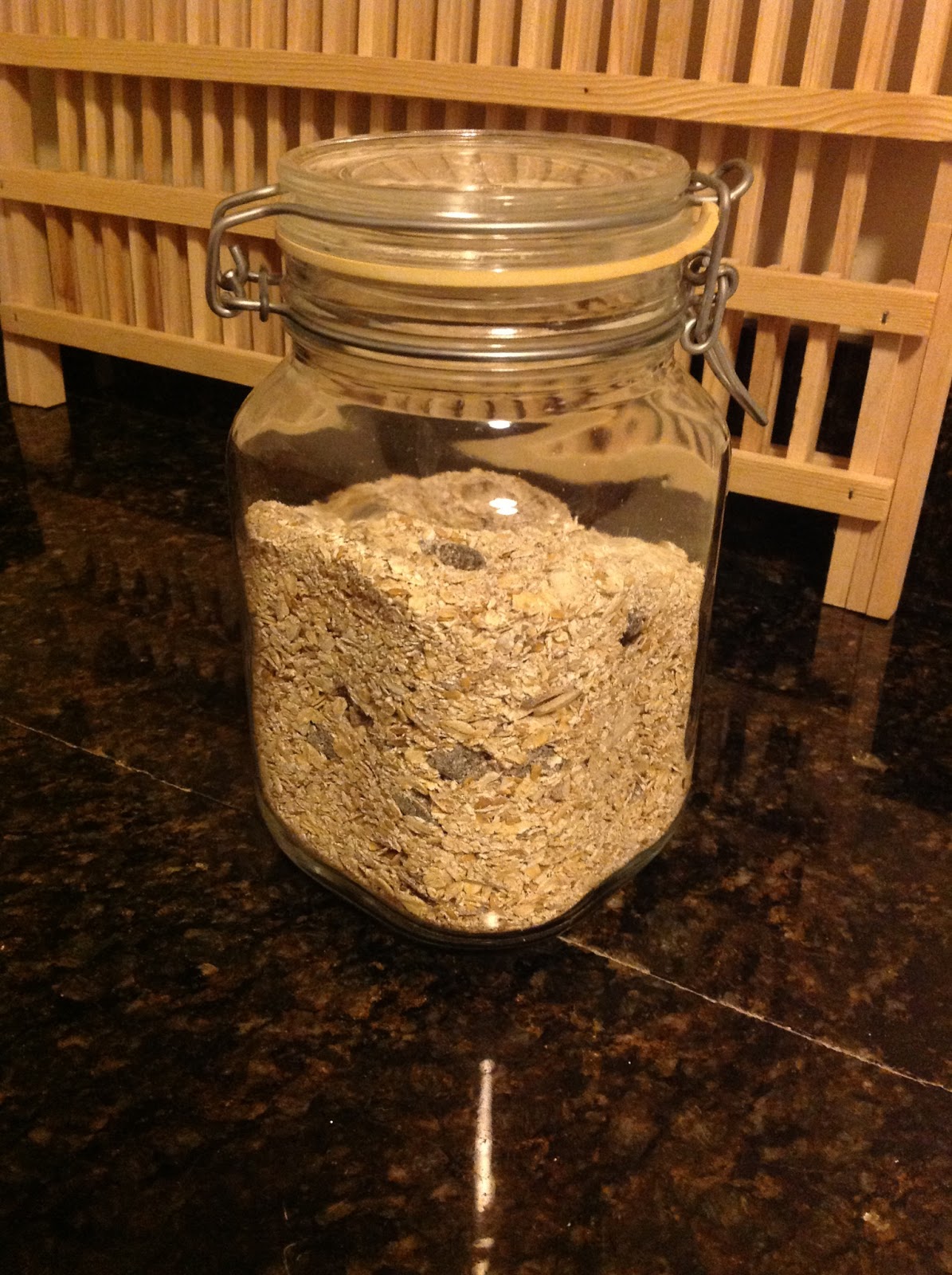