Yesterday was a great day for the Boston vs. New York Food Truck Throwdown. They called it the second annual but I'm really hoping they have it again this year (the last one was in October 2012). I have to admit I was on the fence about going - not because of the food, you know I love food trucks. I'm just never a huge fan of the crowds. But we waited until the latter part of the event and it really wasn't too bad. Only thing about waiting until the end is a lot of the trucks had run out of some of the things on their menus or had to close up altogether. But we still had a lot of fun and ate very well.

As it turns out the first truck we went to had not only the best dish for Boston but also the best overall dish. Pennypackers was one of the few trucks from Boston that I hadn't tried. I'd heard about their porchetta sandwich on Twitter earlier in the day and was looking forward to it. It was delicious! The fruit mostarda complemented the porchetta perfectly but what really made it was the crispy skin. 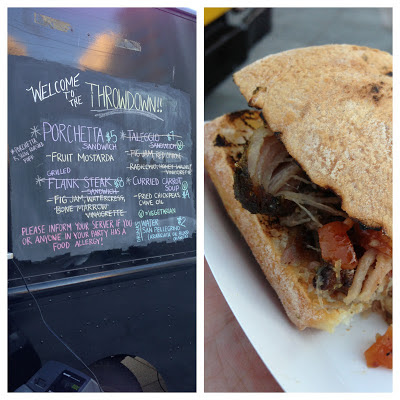 The second thing I looked forward to trying was Mei Mei's Maker's Mark Bourbon Paté Cone (Maker's Mark was one of the sponsors so all the dishes submitted for judging had to include it). It definitely got my vote for the most creative dish and it was so adorably cute! I wish I got more than one. 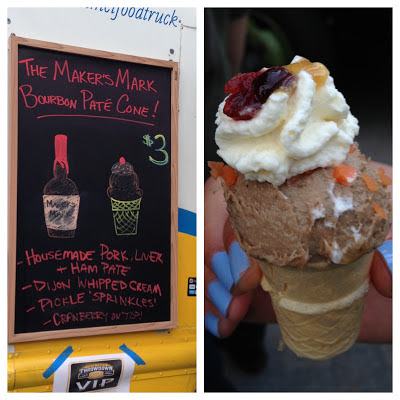 Mei Mei also had a couple of extra special luxury dishes on the menu. All proceeds from these dishes were donated to Spaulding Rehabilitation Hospital. My friend had decided to get one to go but by the time we got back to the truck they'd taken down the menus. But the great team at Mei Mei made her a special order to go. #goodpeople #greatcause #yum

Of course we had to try some tacos. It's funny that something that seemed so unique when Kogi started back in the day is now quite common with trucks across the country like Chi'lantro in Austin and Korilla in New York. Big D's Grub is a similar take offering tasty Korean proteins in tacos, grinders, or rice platters. We got three tacos - two with bulgogi, one with spicy pork. Although both were tasty we really loved the spicy pork - it had the flavor and heat we were looking for. I also liked the fresh cucumber salsa. 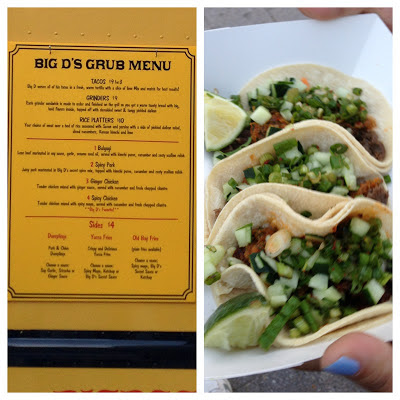 The last truck we visited - and we could barely eat anything more at this point - was Nuchas empanada truck.My friend's face lit up when she saw the truck. Because we couldn't decide we got both combos. We probably would have gotten the special throwdown empanadas but both were sold out. I had a few little corners and they were delicious but I really was stuffed by that point. I have to say, I'm a classic kinda girl - I liked the Argentine one best. 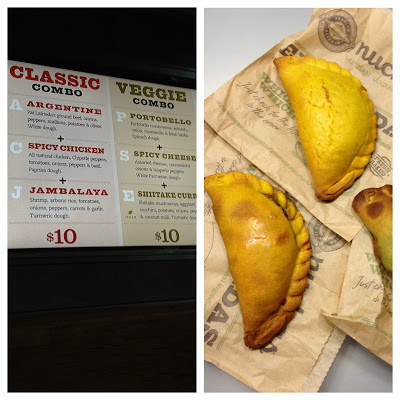 There were more trucks I wanted to try but just couldn't. I especially wanted to try more of the New York trucks because who knows when I'll have a chance to try them again. But maybe I'll get a chance the next time the throwdown comes to town.