In spite of my not-quite success of making macarons at home on my own, I enjoyed the experience, atmosphere, and instructor in the class and was looking for more classes to take. Chatting with a friend - who is more of a baker than I will ever be - we started talking about making cronuts. Yes, I know, they're the trendy "thing" right now and while I've had a mild interest in them, the thought of making them was all the excuse I needed to take another class. 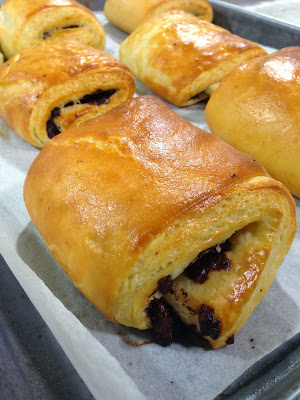 Sur La Table has one pastry instructor, Mallory Summerville. She has a great teaching style, imparts a lot of technical knowledge, and is just a lovely person. She recognized me from the macaron class and asked if I'd tried making them on my own. I told her of my less-than-stellar results and she reassured me that I did pretty well because my macarons got their "feet" and the results I got are probably because I overfolded. So, yay, I learned something in my first class!

Croissants are far less technical than macarons, far fewer places where things can go wrong. I discovered that I need a lot of practice rolling out dough. The "rustic" excuse does not work well when making croissants - you really want straight edges and specific sizes. Like all things it will require practice and patience. 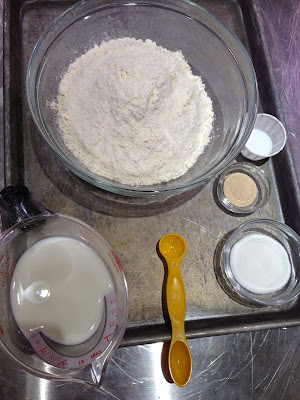 Because the process of making croissants requires several hours of resting in the refrigerator or rising, we learned in a non-linear fashion. We started with prepping the butter layer (the beurrage) and the dough (the détrempe) then got them in the fridge to firm up. Next we rolled out already prepared dough that the instructor made the night before. Again, this calls for precision - measuring out and taping areas on the counter for the dough then measuring the cuts to make the triangles or rectangles of dough (depending on what we were making). The croissants I ended up forming were fat, squat little things. Still tasty but requiring a lot more practice in stretching the dough into just the right size. 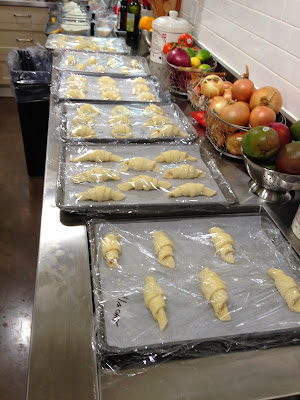 And while we waited for our croissants to rise, we finished off with incorporating the beurrage and the détrempe to form the dough - learning the different folds and, again, practicing rolling.

One of my favorite things we made were Cinnamon Sugar Croissant Buns - an alternative to a cinnamon roll. Buttery, sugary, just delicious and something that would definitely impress family and house guests alike. 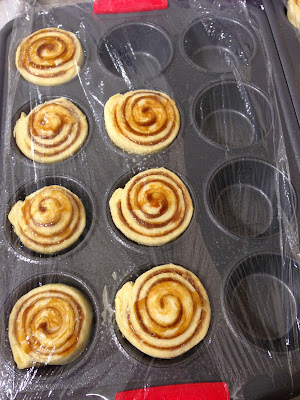 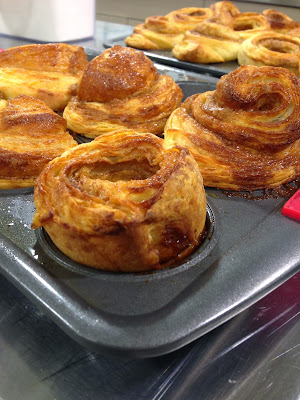 In addition to the cinnamon sugar buns we learned to make classic croissants, almond croissants, chocolate croissants, and ham & cheese croissants. It was a very successful class indeed. Although I was sad about missing the Red Sox World Series victory parade, I think that the box of treats I got to take home was a pretty good trade off. 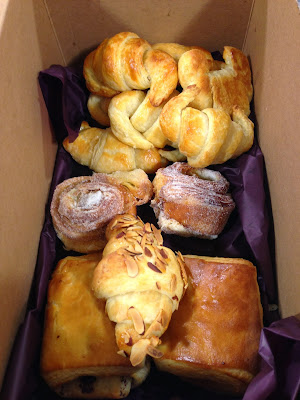 Like the macaron class, I took (and paid for) my class at Sur La Table in Boston.