I've always been an Anglophile. It started well before my semester study abroad in London which solidified my love for things British. It was during those months away that I learned how to cook for myself for the first time.

Many years after my study abroad, on a return visit, I discovered the cookbooks of Nigel Slater. The first cookbook of his that I purchased was Real Food - a collection of easy-to-follow, delicious recipes. I've since added several more of his cookbooks and his autobiography, Toast, to my collection.

It's in this first cookbook that I found this recipe for a Hot Mushroom Sandwich that he attributes to Nigella Lawson, another favorite. The recipe barely contains specifics, but it's easy to prepare and extremely satisfying. 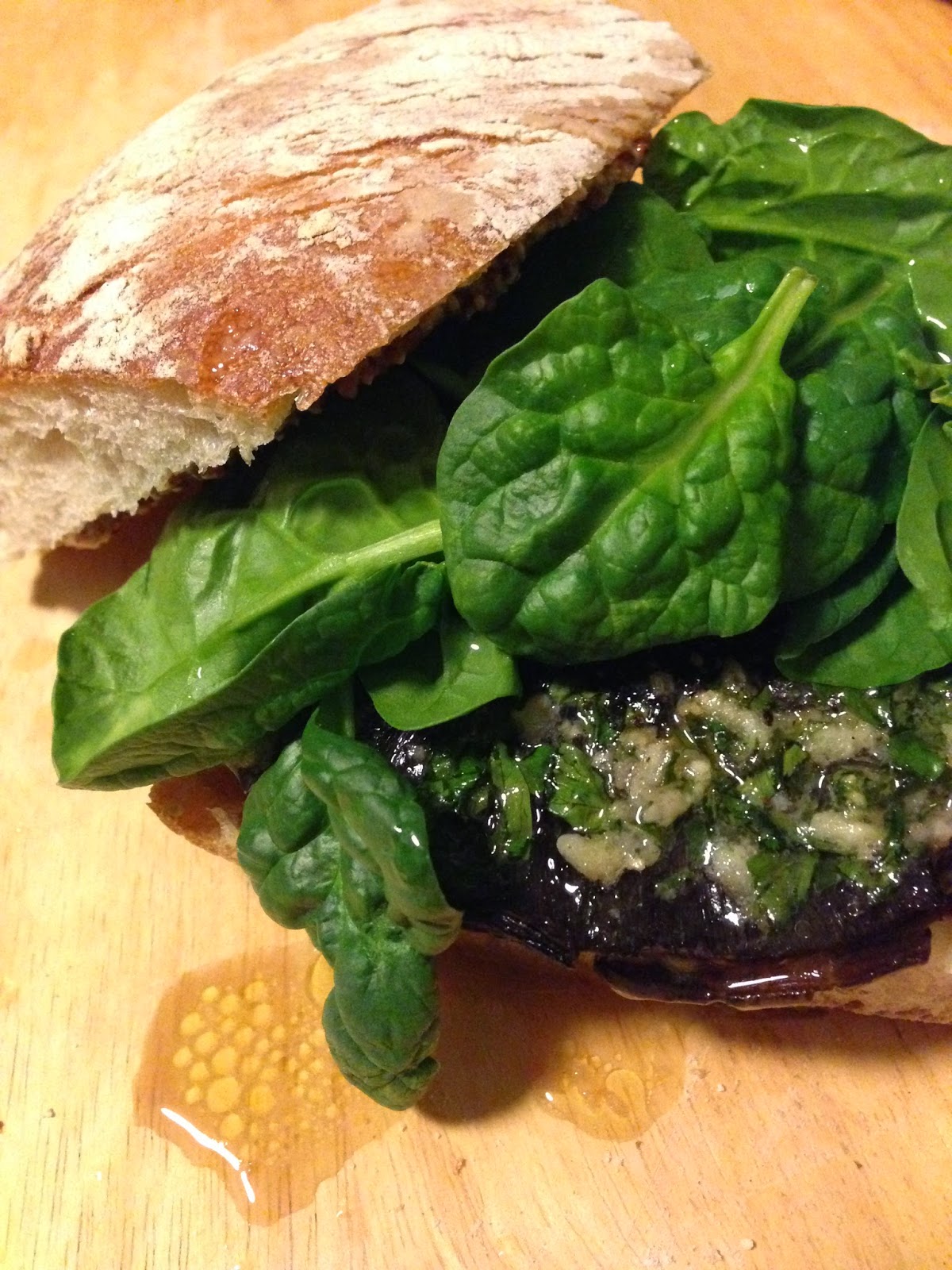 The recipe calls for large flat field mushrooms - the equivalent I found in the States are Portobello mushrooms. The remaining ingredients - in whichever amount works best for you - are butter, garlic, herbs (I use parsley), a roll, Dijon mustard, and lemon juice. That's it. 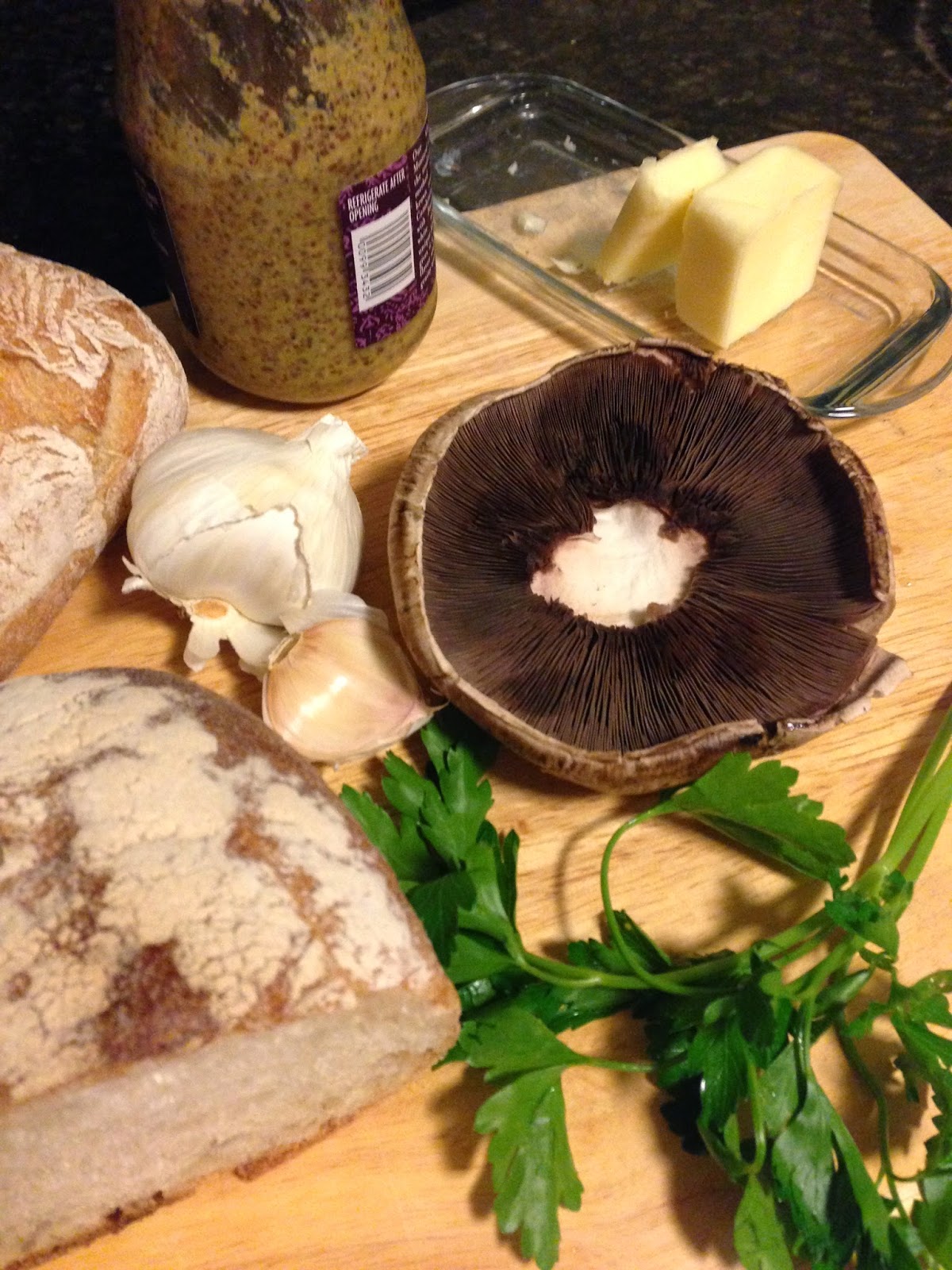 Start by mixing minced garlic and parsley with butter and put a healthy layer on the bottom of the mushroom cap. 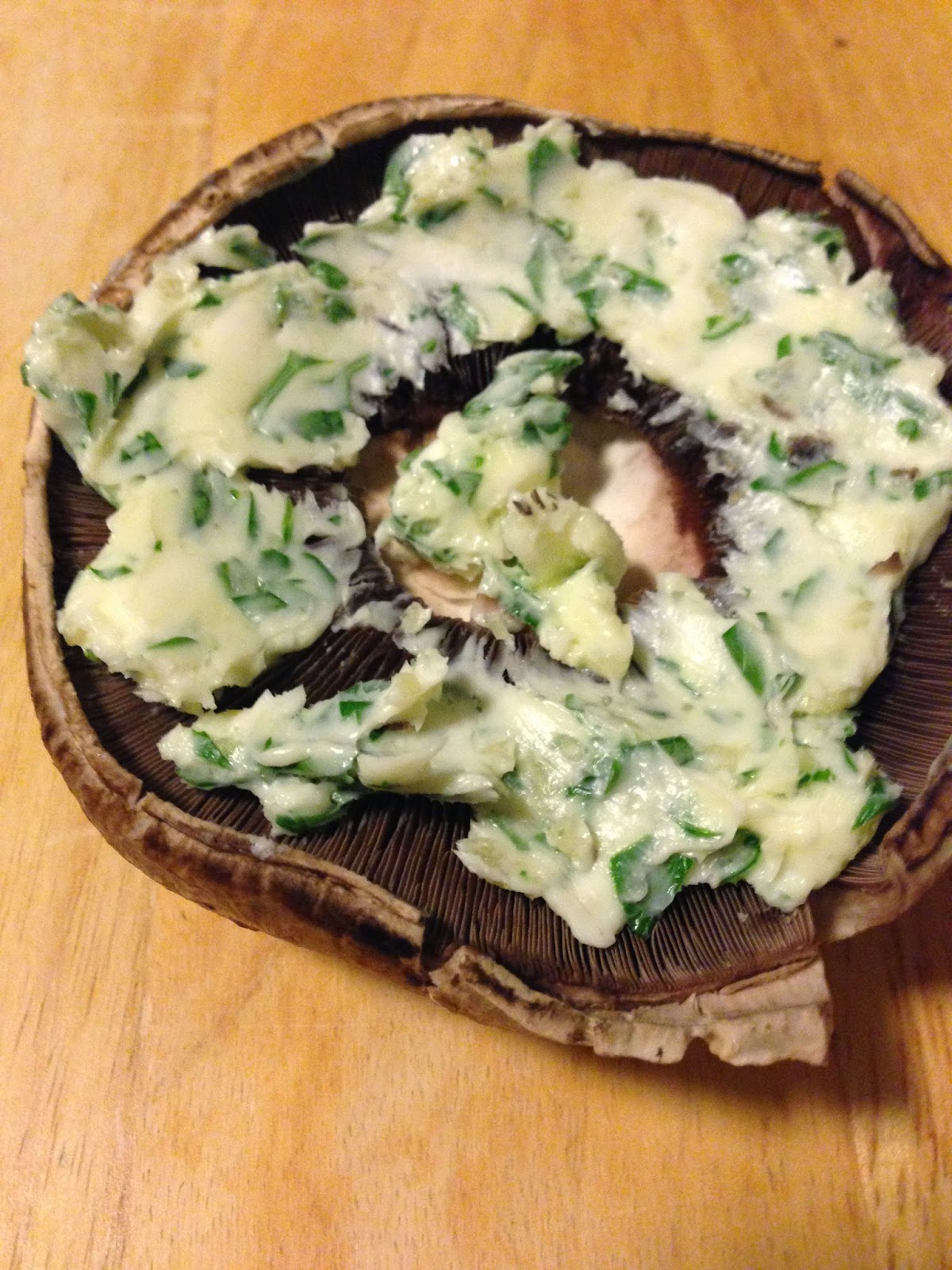 Roast the mushroom in a preheated 400 degree oven for 15-20 minutes (I use the toaster oven). While it roasts, split open a roll (I used part of a ciabatta loaf) and smear both sides with Dijon mustard. When the mushroom is ready put it on one half of the roll making sure to let the extra juices soak into the bread. Add a little salt and pepper, a squeeze of lemon juice, and top it with greens - spinach in this case but arugula works really well.

VinniethePanda said…
As an avid reader of Nigels books I too have made this mushroom bap many times and it is fantastic. Its actually a Nigella Lawson recipe, they make it together on his tv show!
17 November, 2015 05:29