This morning I'm still relishing the memories of yesterday's Moveable Feast. The theme was one close to my heart (and stomach), British Gastropubs. As soon as I saw the theme I knew I wanted to claim dessert.

Sticky Toffee Pudding ranks as one of my all-time favorite desserts. And as it turns out, the same is true for a number of my fellow Feasters. I will go as far as saying that yesterday's dessert was one of the best things I've ever made - not just for Moveable Feast but in all the things I've ever cooked. 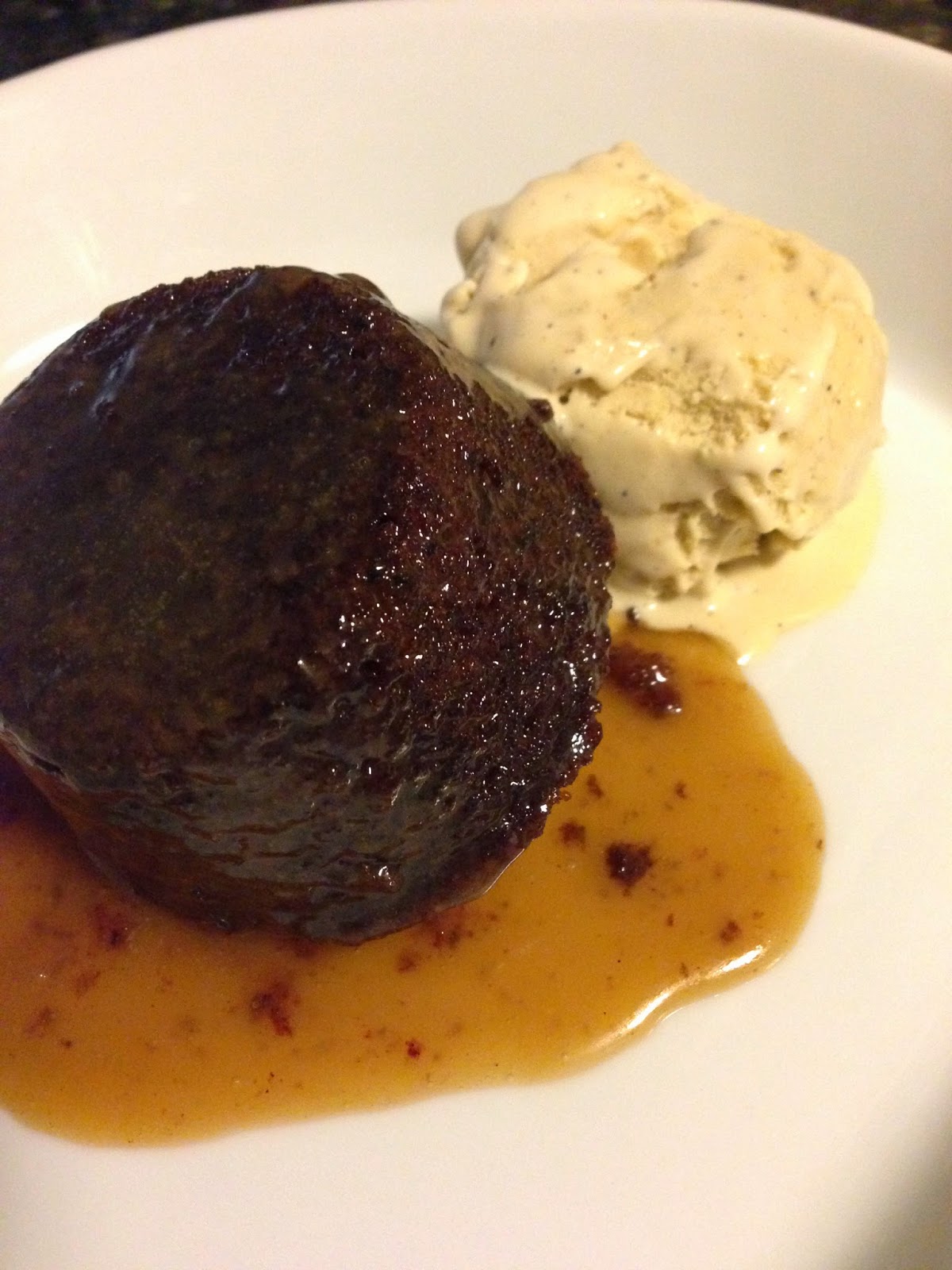 Sticky Toffee Pudding is not what most American's think of as a pudding. It's a moist sponge cake that is covered in toffee sauce while still warm and allowed to sit overnight to allow the sauce to soak into the cake. The recipe I use comes from Troquet restaurant here in Boston and was published in the Boston Globe several years ago. I don't know how traditional it is in terms of method but it is truly delicious and stands up to puddings I've had in restaurants here and in the UK.

The recipe starts with dates that are simmered for a short time with baking soda to soften them. After letting them cool they are pureed then mixed into the cake batter. The first time I made this recipe I was alarmed by the color, texture, and consistency of the date puree. But the end result is well-worth the questionable looking mixture. (For obvious reasons I'm not including a picture.)


The recipe calls for baking the puddings in individual muffin cups instead of one large pan. They come out of the oven looking like bran muffins. 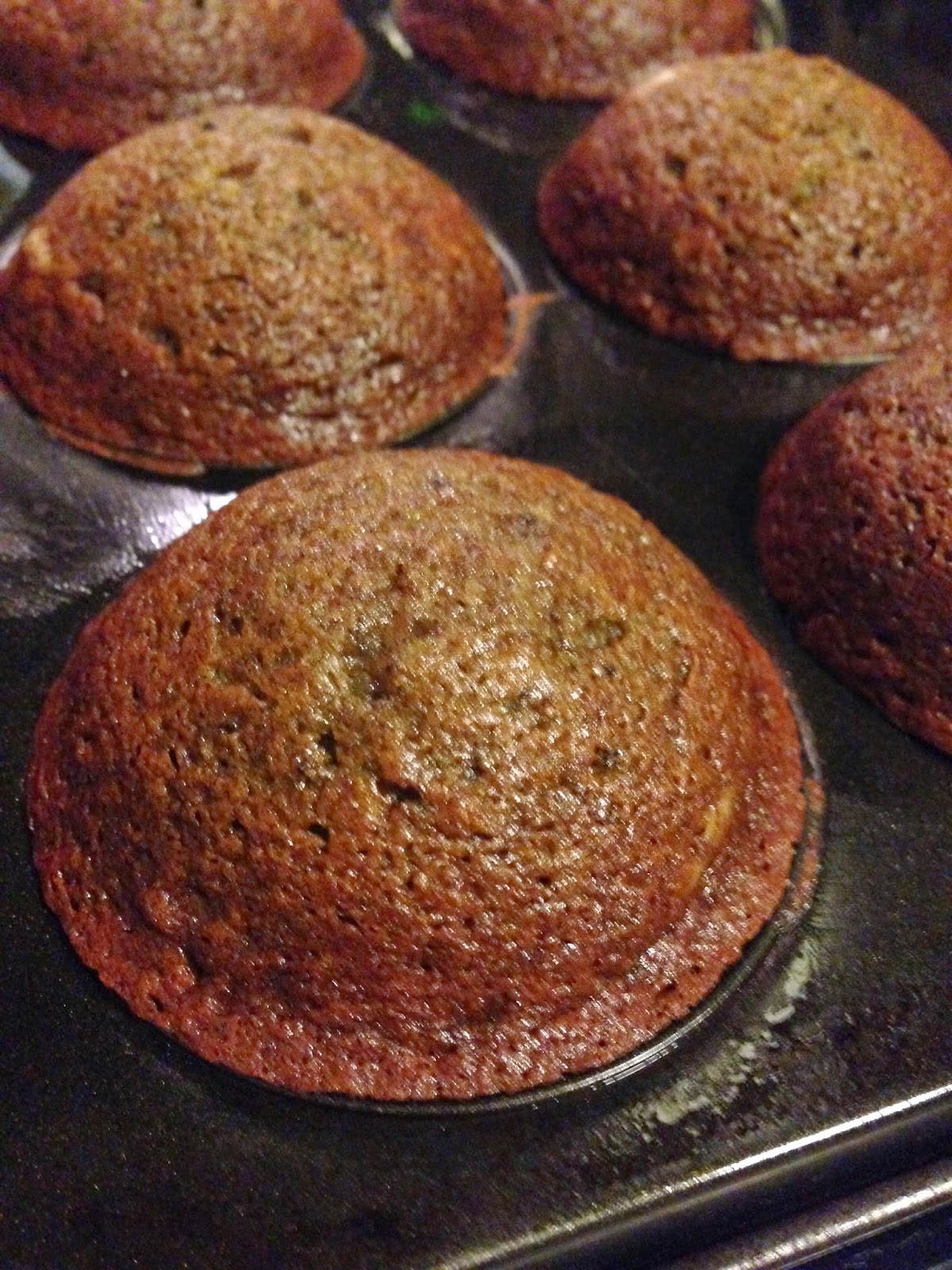 After allowing them cool briefly in the pan I removed them from the muffin tin and inverted them into a Pyrex dish. While still warm I poured the hot toffee sauce over the puddings. They cooled completely on the counter before being covered and placed in the refrigerator overnight. 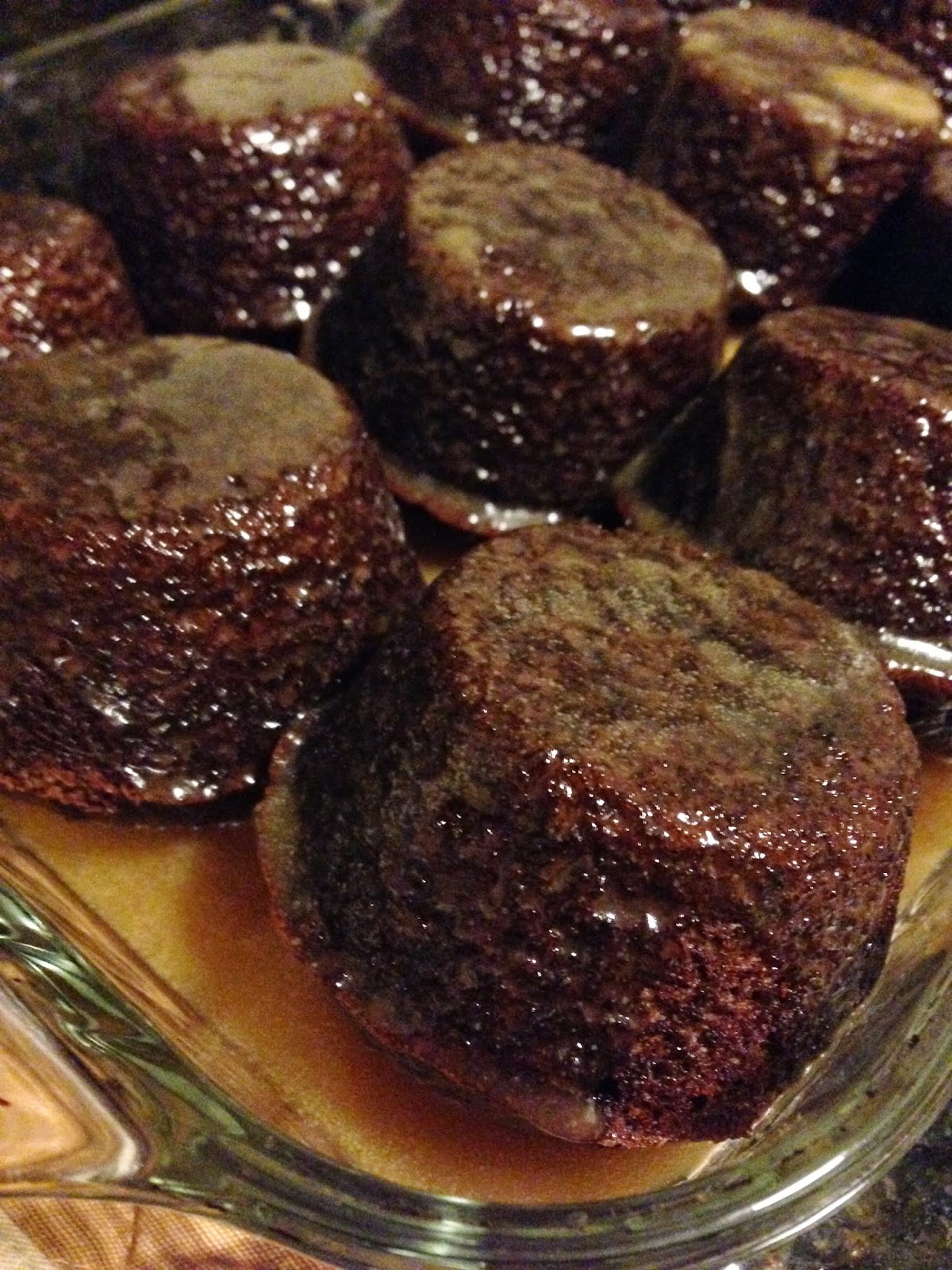 For serving the next day I warmed the puddings in a 300 degree oven for about 10 minutes. I let the puddings sit out during dinner so they weren't refrigerator-cold when they went into the oven. You might need to warm them for a bit longer if they come straight from the refrigerator. 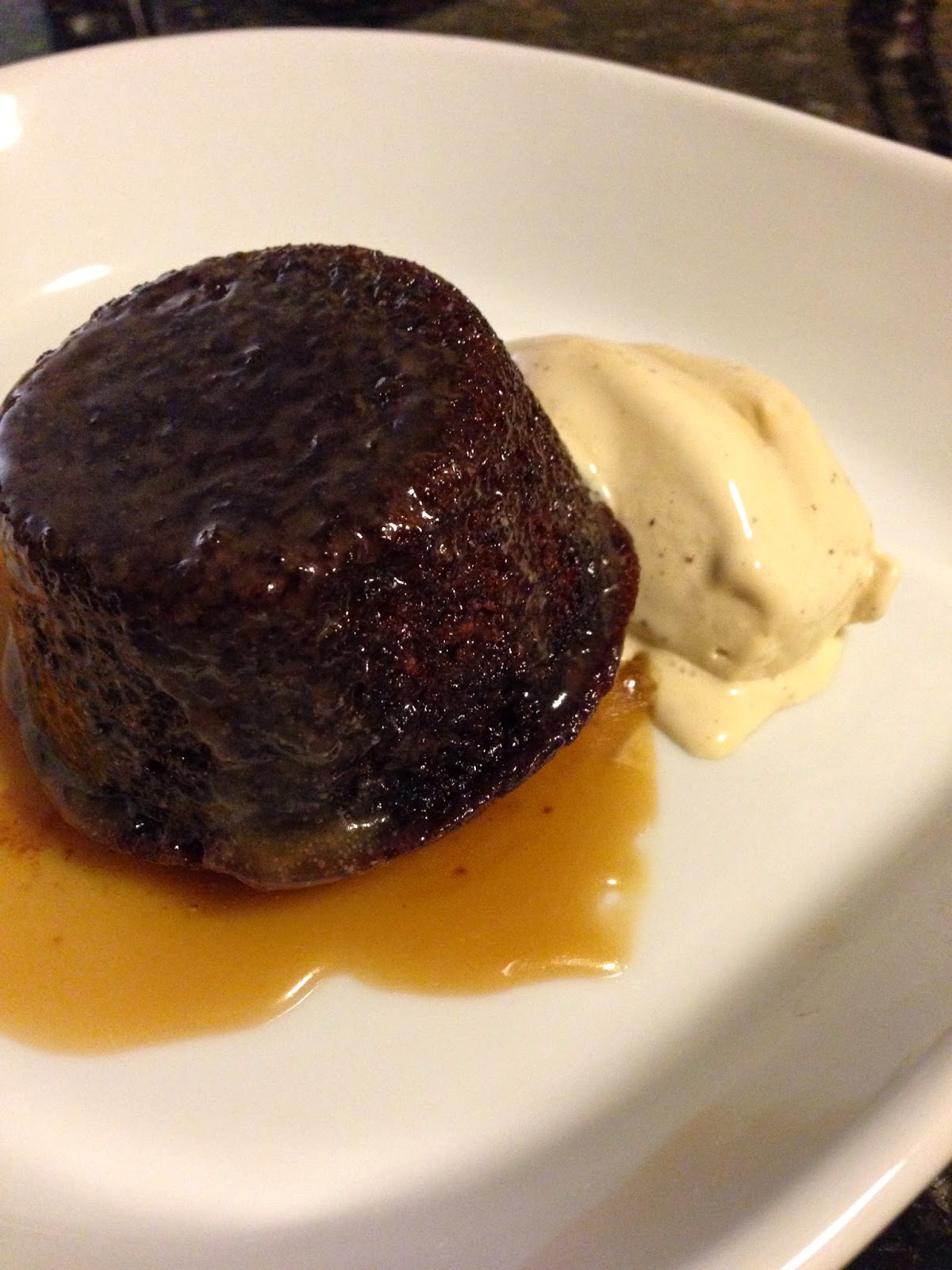 For the cake:
For the toffee sauce:

For the cake:
For the toffee sauce:
To assemble:
To serve:

Sticky Toffee Pudding is traditionally served with vanilla ice cream. I wanted to make something a bit more "chefy" and turned to David Lebovitz's book The Perfect Scoop for inspiration. This where I found his recipe for Black Pepper Ice Cream. I thought the sharp flavor of the black pepper would work nicely against the sweetness of the puddings.

While the puddings were baking I started the ice cream base which involved steeping two tablespoons of cracked black pepper in cream and whole milk.


After steeping for an hour I added the eggs and remaining ingredients for the custard. After straining out the peppercorns, I let the base cool overnight in the refrigerator. The next morning I churned it in my ice cream maker and let it firm up in the freezer before our Feast. 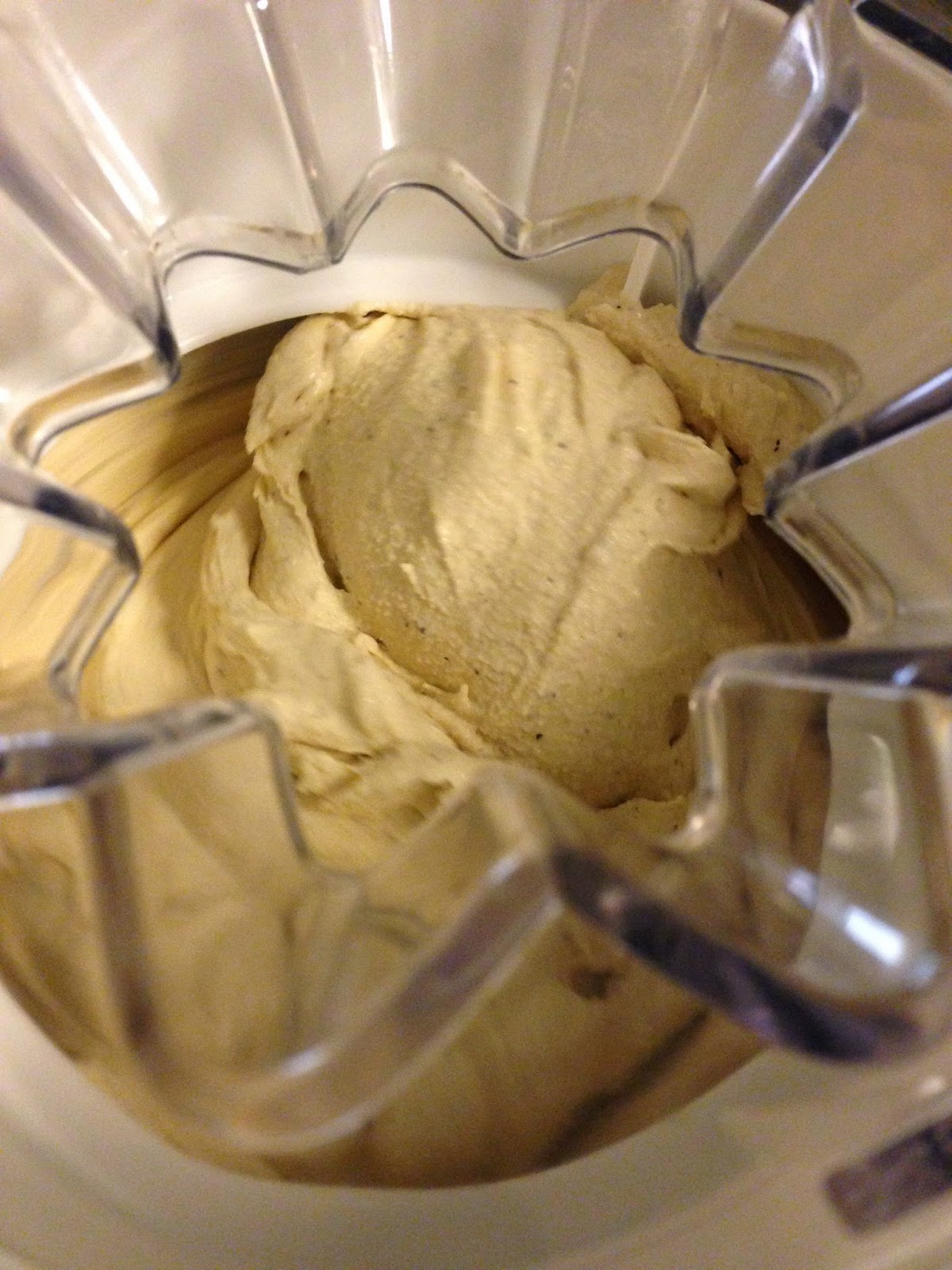 The two tablespoons of pepper makes for a very assertively flavored ice cream. I like it but could see cutting back on the amount of pepper for a more subtle flavor. It's worth trying and pairs perfectly with the pudding.