I often post pictures of dishes I make onto Facebook or Instagram. They never make it to my blog nor are they meant to; they are just things I'm trying out and want to share with friends. I received so many nice comments and inquiries about this salad that I felt it warranted a post. 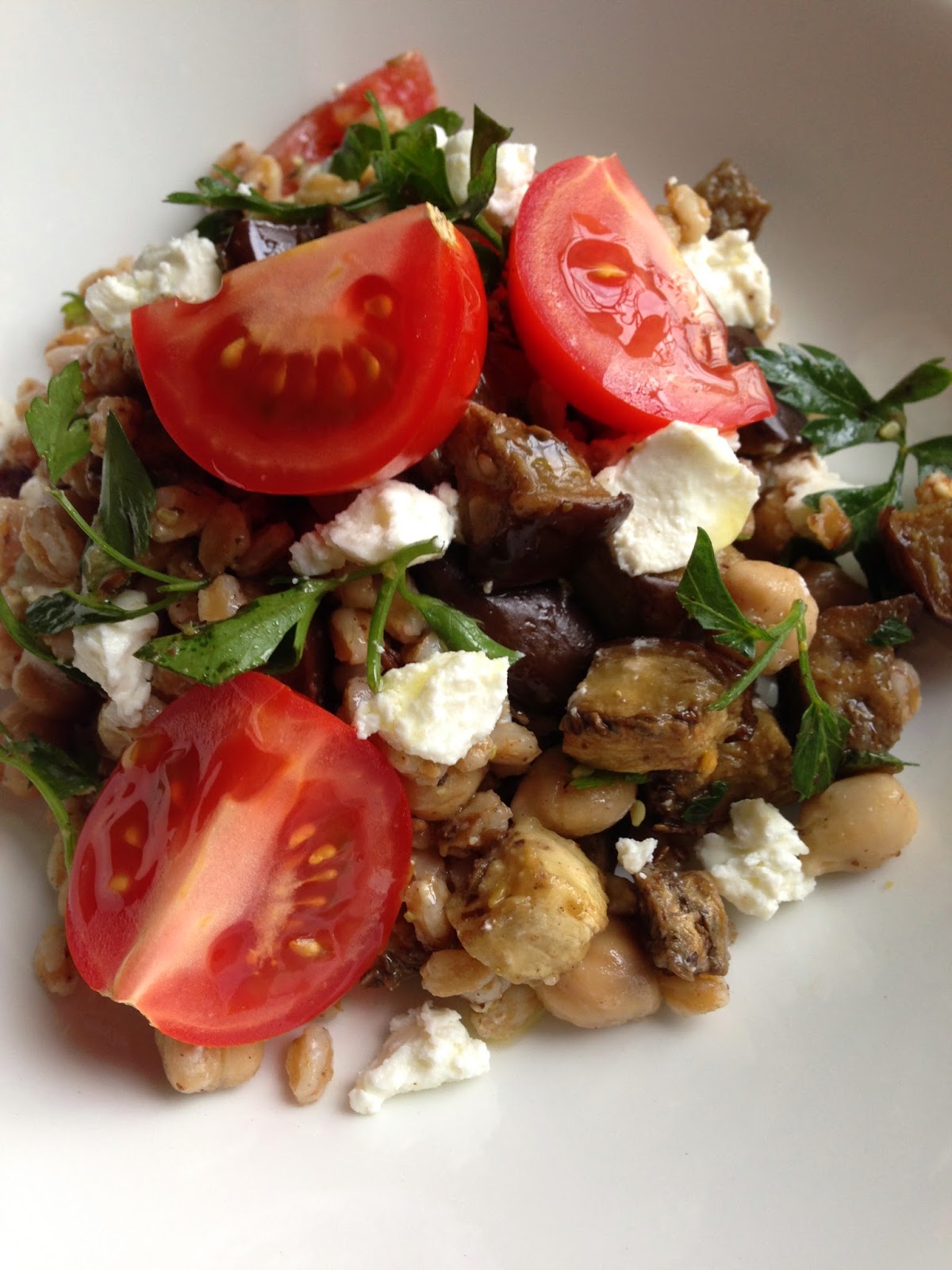 As has happened in recent months, I found this recipe on Pinterest. I'm not and probably never will be a vegetarian but I do enjoy trying out recipes that are meatless to try and rewire the idea in my brain that a meal is only complete if it includes some kind of animal protein.

The recipe for Chickpea Za'atar Salad from Green Kitchen Stories caught my eye for several reasons. First of all it sounded delicious and contained so many ingredients I love. Second it uses two spices/blends that I purchased in London last year - sumac and za'atar -  and have been dying to use. And lastly I had most of the ingredients on hand.


I made a couple of substitutions and I'm happy with the end result. I used canned chickpeas instead of dried - purely for timing and ease. I also substituted farro for wheat berries because that's what I have in my pantry. At the market I found pearl tomatoes which were perfect for this salad - a little larger than cherry tomatoes but not as big salad tomatoes with a great, almost sweet flavor.

I'll be making this salad quite a lot this summer. I prefer it on the warm side, not cold from the refrigerator. 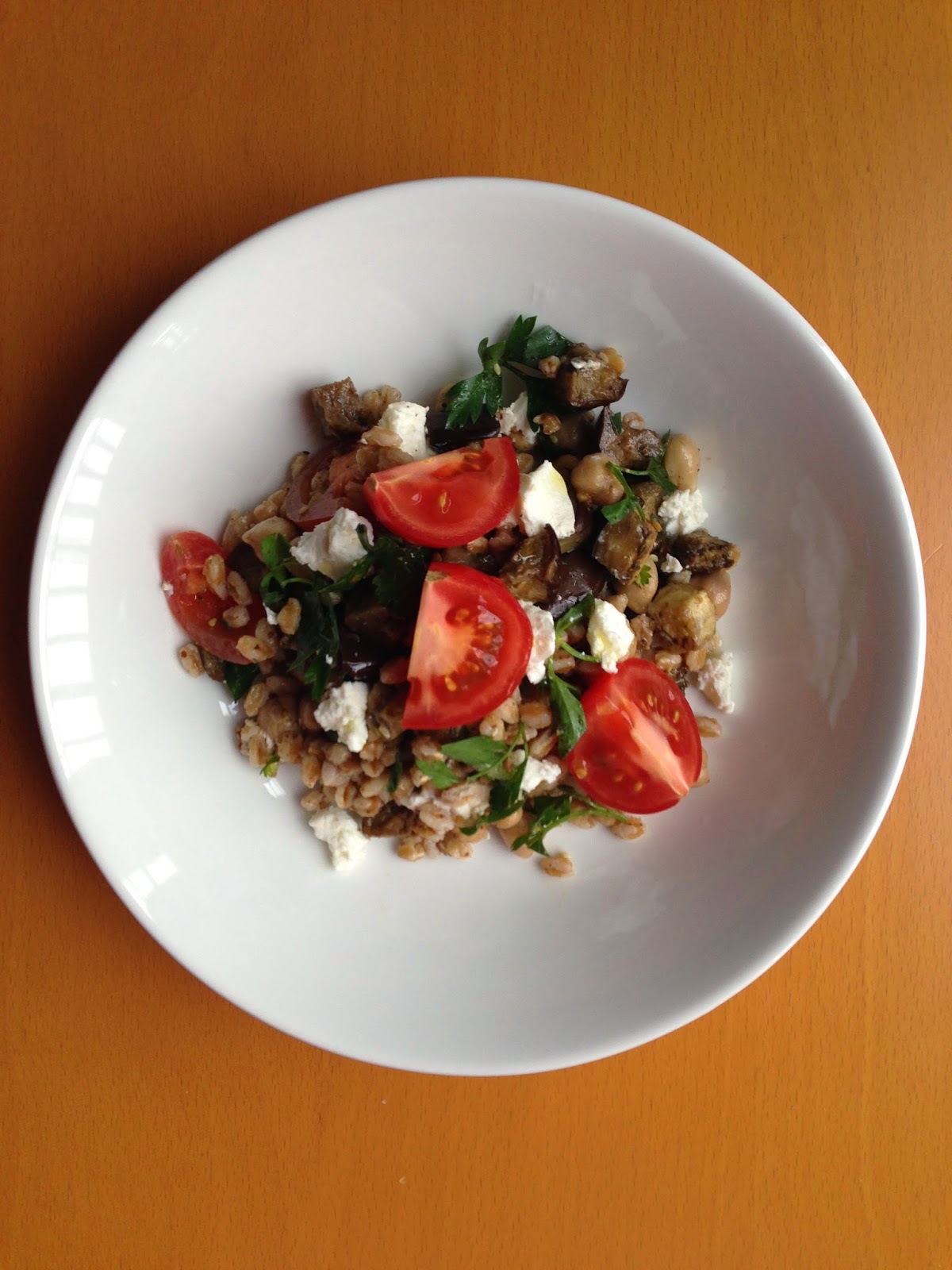 To make the farro
In a medium saucepan, combine the farro and enough cold water to cover it by about an inch. Soak for 20 minutes. Drain well and return the farro to the pan, again covering it with cold water. Add a few generous pinches of salt and bring to a boil over high heat. Lower the heat, cover and simmer for 20 minutes, until the farro is tender but still has some bite. Drain and spread on a baking sheet to cool.

To roast the eggplant
Preheat the oven to 400 degrees. Place the eggplant on a baking sheet lined with foil. Drizzle with 2 tablespoons of olive oil, cumin seeds, and sumac. Mix with your hands so the eggplant pieces are evenly coated with the oil and spices. Bake for 20-30 minutes until the eggplant are golden and soft. Remove from the oven and set aside to cool.

To assemble the salad
Mix the farro, eggplant, chickpeas, tomatoes, and parsley in a large bowl. In a small bowl mix the remaining 2 tablespoons of olive oil, lemon juice, and za'atar together and pour over the vegetables. Mix until well combined. Sprinkle with the goat cheese and serve. 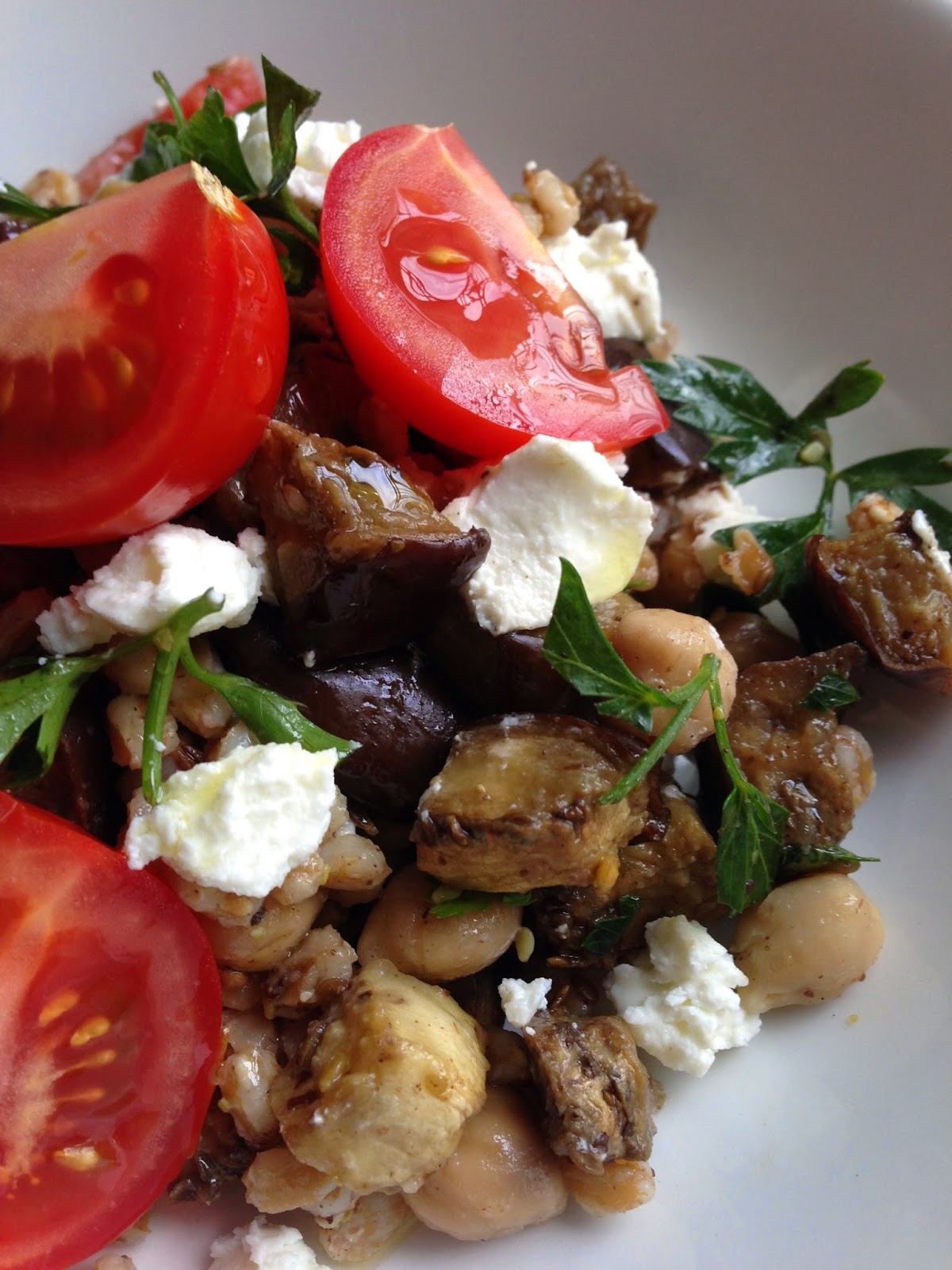