After our usual summer hiatus, Moveable Feast started up once again last weekend with the seasonally appropriate theme of apples. As you might expect, dessert was quickly claimed but for whatever reason, the thing that popped into my head to make was a spicy apple chutney to use on a cheese plate. I've never made one or tasted one before and yet it felt right to volunteer to make the starter. 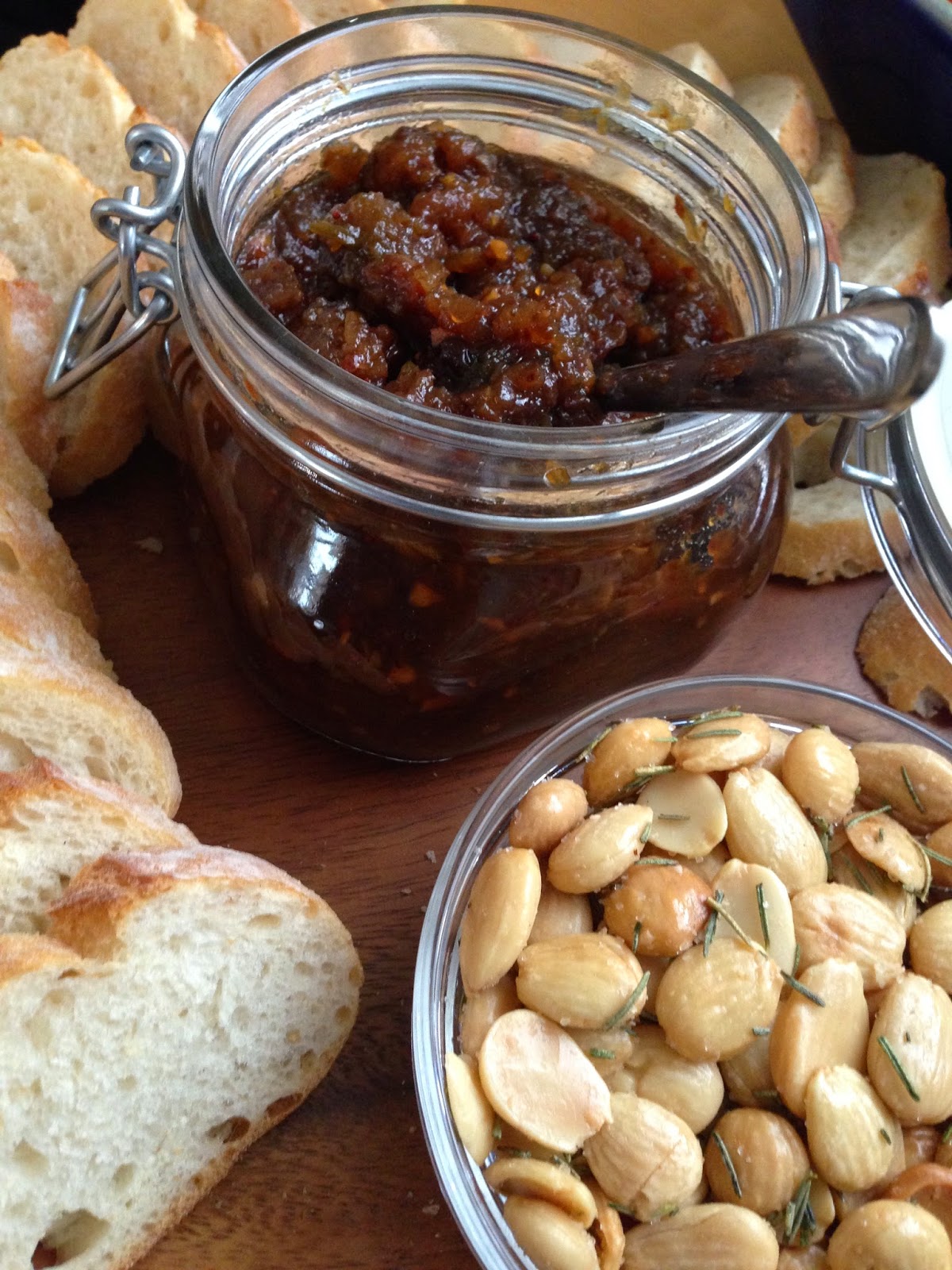 After some research I settled on this recipe for Rose's Hot and Spicy Apple Chutney found on MyRecipes.com. For my part I followed this recipe pretty closely with a couple of deviations. Because of the kids I removed all the seeds and some of the ribs from the jalapenos and used only two instead of three. In the end I added a two teaspoons of crushed red pepper because there was no heat to the chutney - it still wasn't enough for me. Secondly I used my immersion blender right at the end to break up the apples and other ingredients into a chunky paste (as you see in the picture above). Granny Smith apples don't break down which is great for pies and other uses for a chutney but wouldn't have worked as well on a slice of baguette. 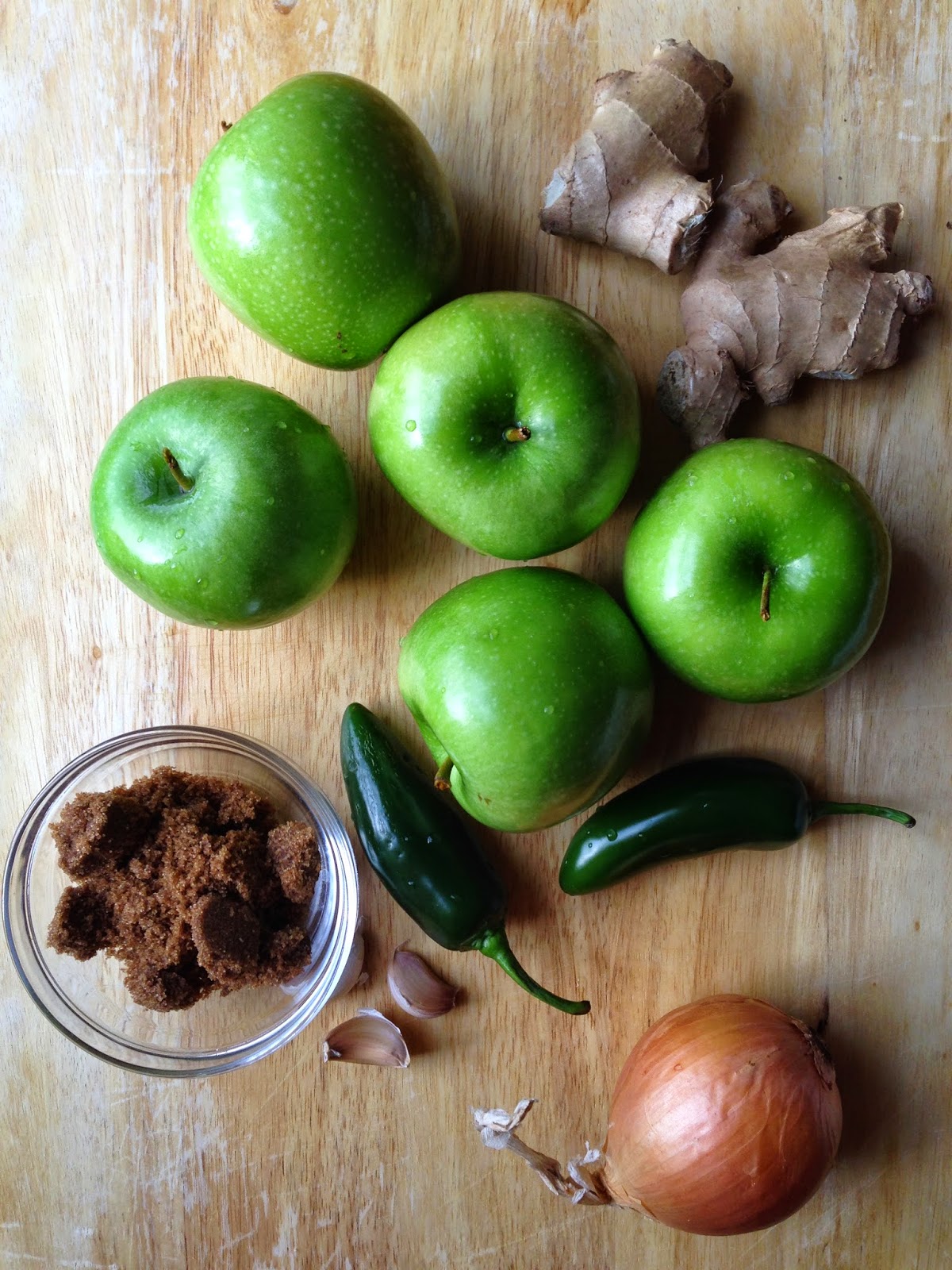 If I were to change anything about what I did I would have used three jalapenos and kept the seeds and ribs. I would also reduce the amount of onion to only ¼ pound instead of the ½ pound the recipe calls for. I felt the chutney was too onion-y and the taste of the onion overpowered the apple. And finally I would halve the recipe unless I was planning to give away a significant amount and/or can the extra. When I read through the recipe it didn't seem like it but it makes a fair amount of chutney, more than I will use.

And since, as a non-feaster friend pointed out, my contribution to this Moveable Feast was more about assembly than cooking, I also made these Oat and Cheddar Crackers I found in Food & Wine. I used Dorie Greenspan's "rolling in a Ziplock bag" technique which has changed my life when dealing with cutout cookies (or crackers). The only thing I left off of this recipe was the sprinkling of sugar on the crackers just before baking because it didn't make sense to me. Instead I sprinkled some sea salt and that worked out perfectly. 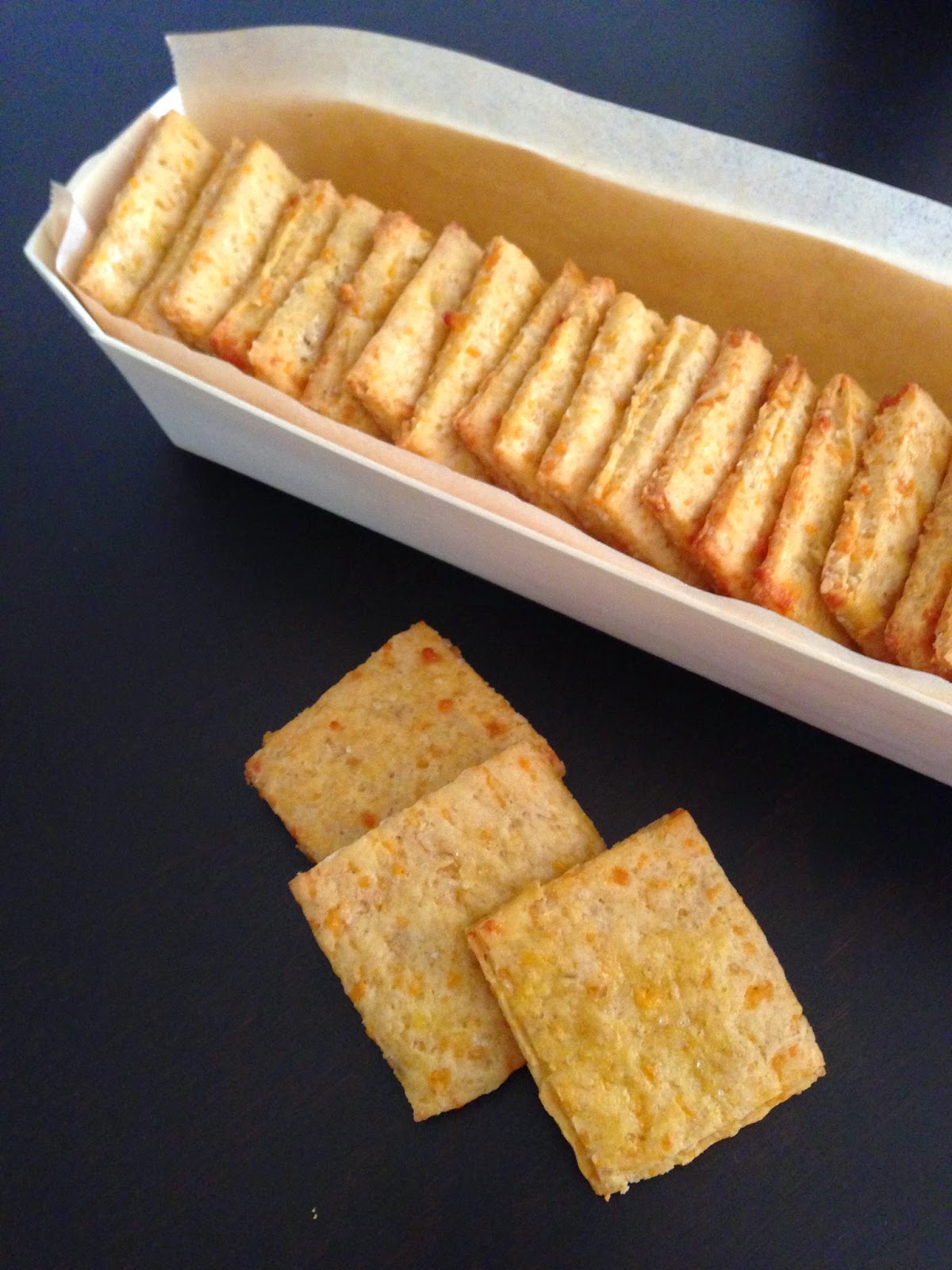 The final decision was what cheese to serve on the cheese board. I settled on a Manchego (sheep milk) and a Boucherondin (goat milk) for my friend who is lactose-intolerant and a Stilton and St. Andre (a.k.a. cheese flavored butter). 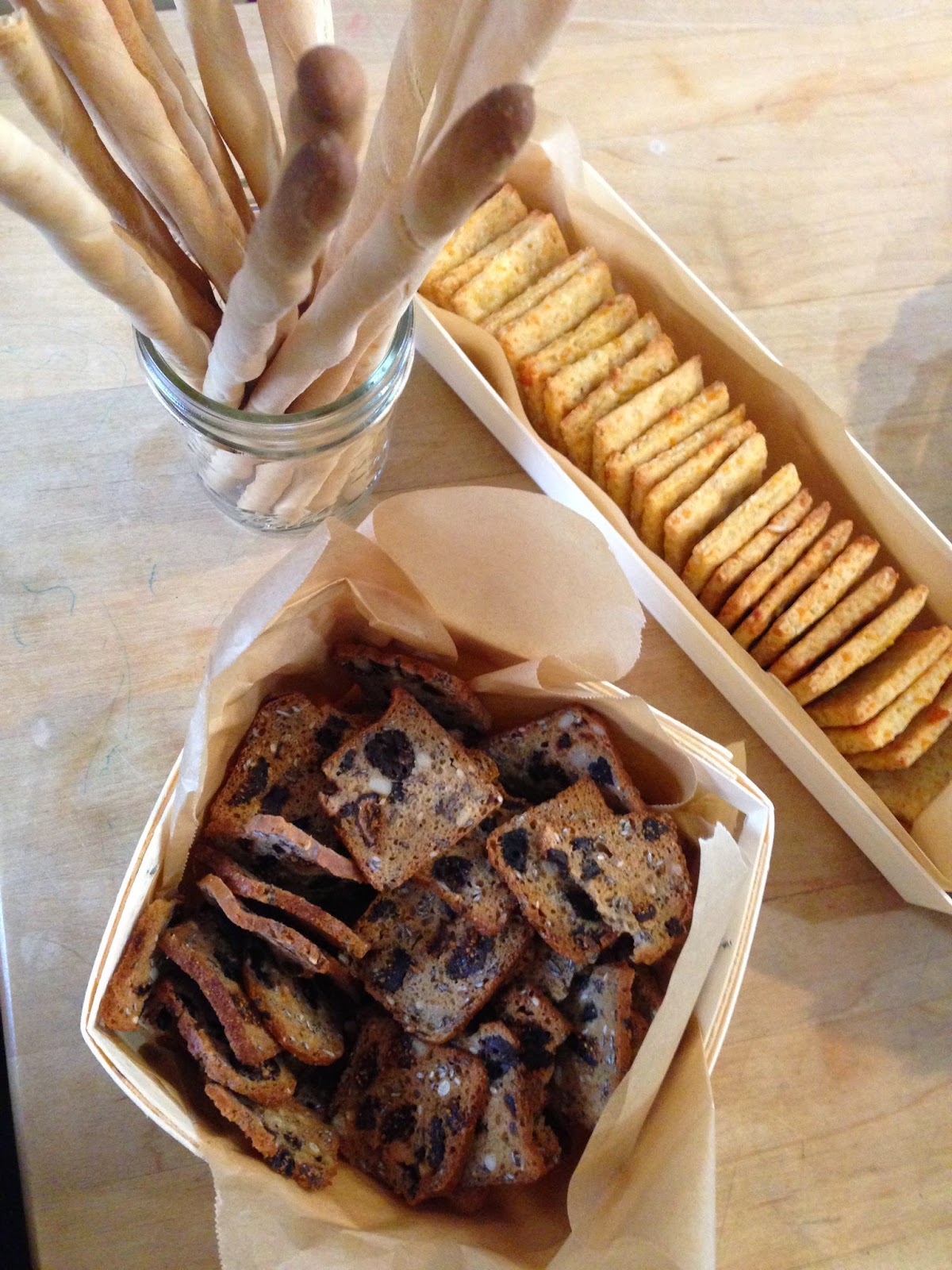 I bought a fresh baguette and added some different crackers as well as some marcona almonds with sea salt and rosemary that I found at Trader Joe's. The favorite combination was the chutney with Stilton but all the cheeses seemed to work well. 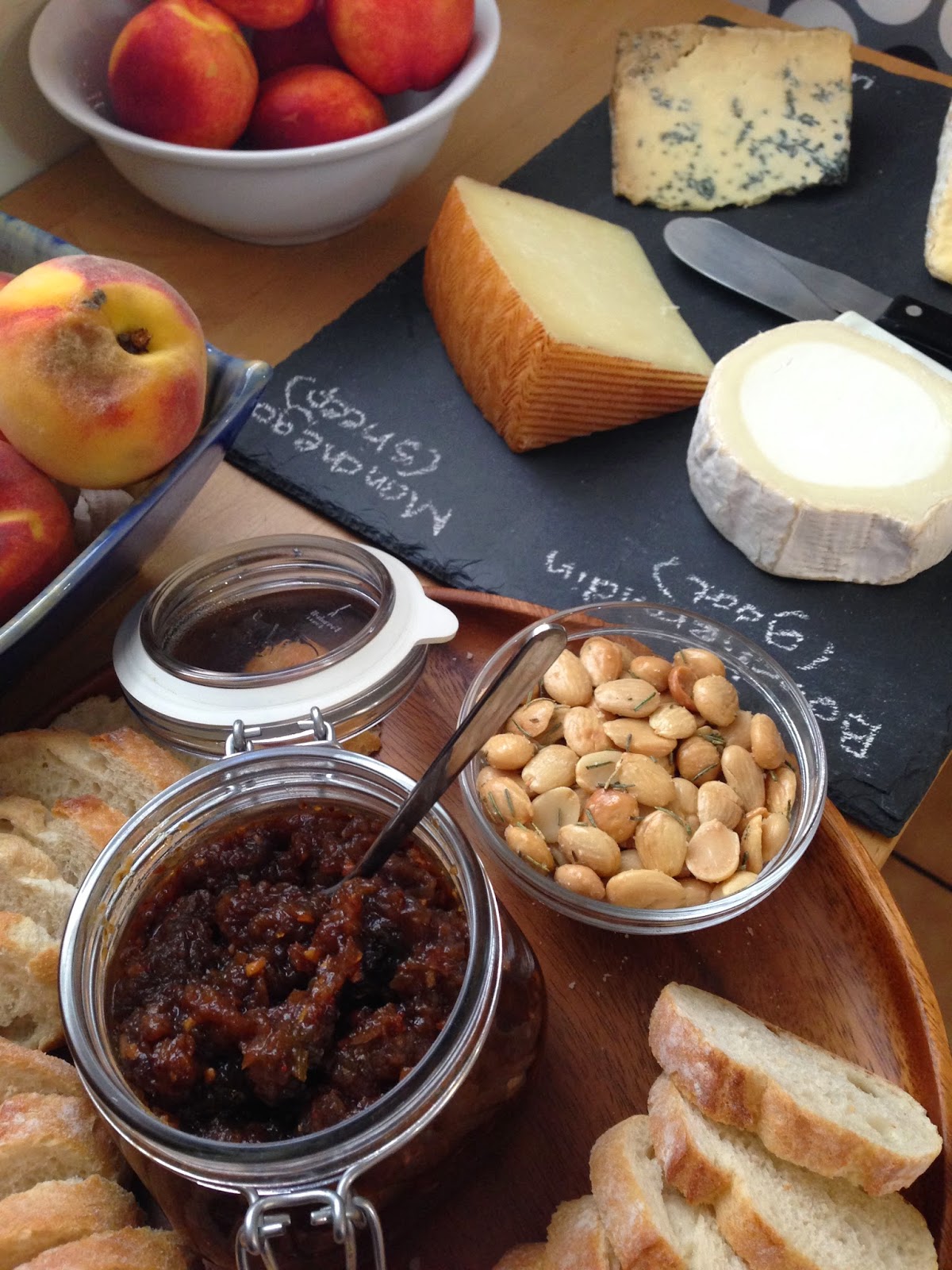 We had a lovely time eating outside in the garden enjoying the beautiful Fall afternoon. Next Feast is in less than a month. I wonder what the next theme will be...