This weekend's Moveable Feast followed quickly on the heels of the last one as we try to fit as many as we can between summer and the holidays. This time we moved north to embrace the foods of the Quebec area. I will admit that when I first saw the theme, I was a bit perplexed. But the dishes came together perfectly and we had a fabulous time together, as always.

My contribution to this Feast was dessert. I made Pouding Chômeur which translates as Poor Man's Pudding. 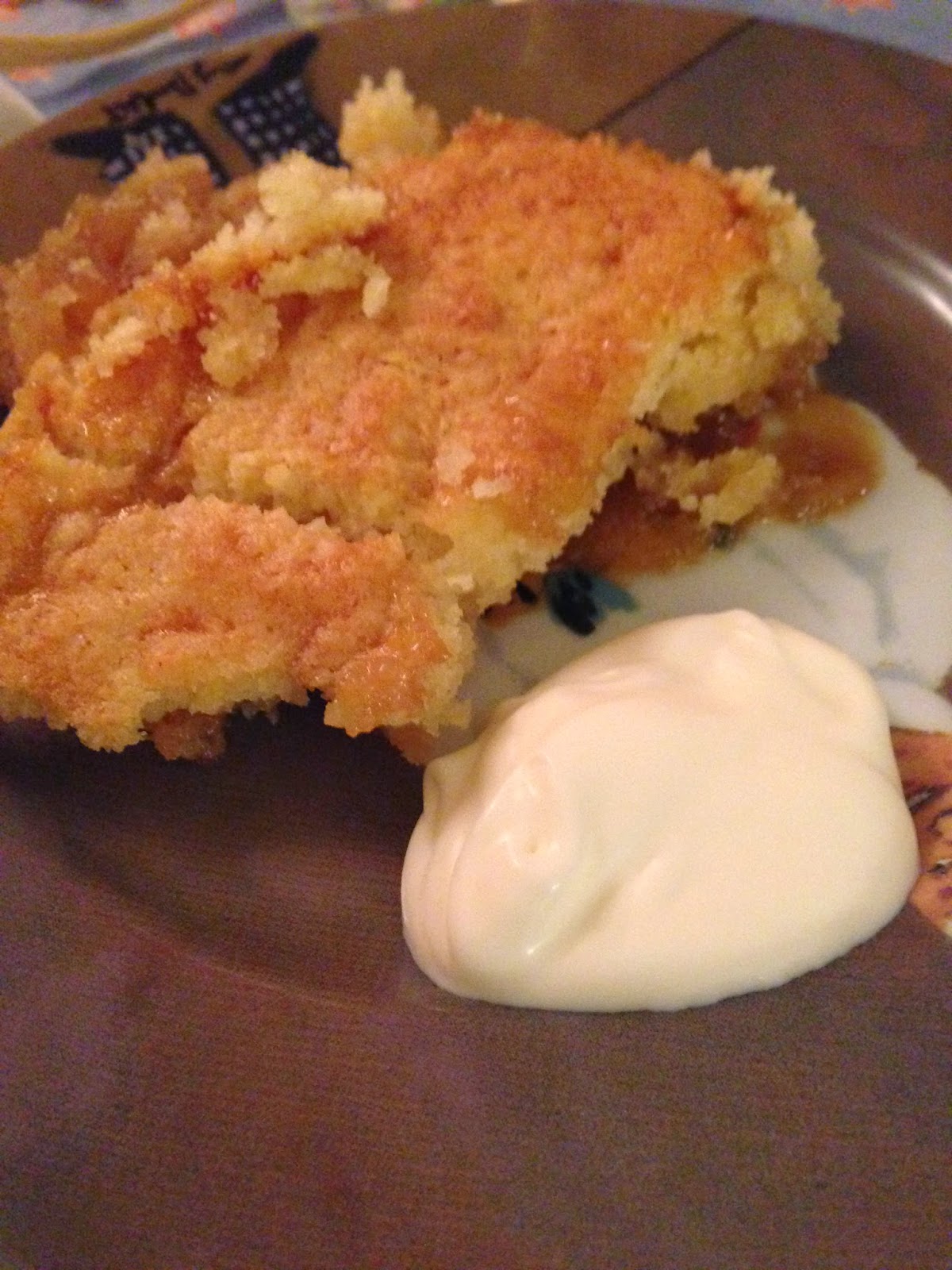 This dessert is made with ingredients that are generally inexpensive and plentiful in the region. However, outside of Quebec, pure maple syrup, one of the main ingredients, is a luxury item making this dessert much less of a "poor man's" pudding. Having said that, this dessert was delicious and we finished off every last bit. In honesty it isn't much to look at but it didn't matter. Put butter, maple syrup, and heavy cream together in one dish and you've good something delicious.

This was one of the odder recipes I've made. You start with a maple caramel sauce made with the maple syrup, heavy cream, and a bit of salt. I doubled the recipe to accommodate the number of people in our group and the amount of liquid used for the caramel was nearly three cups. Separately you make a batter that is similar to a drop biscuit dough - thick, not pourable.

You start with a layer of caramel sauce - just under a cup - and then add the batter in 10-12 mounds. Then you take the remaining caramel sauce and pour it over and around the mounds of dough. When I got to this last step I was sure I did something wrong because of the tremendous amount of liquid remaining. I checked and re-checked the recipe to make sure my doubling calculations were correct. I finally just did as the recipe instructed and prayed it would turn out.

And the dessert turned out just fine regardless of my misgivings. As some of the comments mentioned on Epicurious, this dessert isn't much to look at. Truth be told it looked like a french toast casserole but it smelled like the sticky toffee pudding I made previously for Moveable Feast. The empty dish is testament to how good this dessert really is.

I highly recommend this dessert. It's easy and delicious. I also highly recommend watching the caramel sauce because mine over-boiled and some of it is now stuck to my cooktop. I'm testing out methods for cleaning a ceramic cooktop and looking for suggestions if anyone has any.

Here are the other dishes we enjoyed last night:


Depending on schedules we may squeeze in another Feast before the end of the year. I'll report soon if we do. For now I will be recovering from my food coma...