It's been awhile since I lived in Hawaii but there are still some things that I remember after all these years. One of them is a pea salad from Ryan's Grill, a long-since closed restaurant in Honolulu. We often went there for lunch and I got a salad sampler plate. I don't remember the other salads on the plate but I do remember the pea salad. 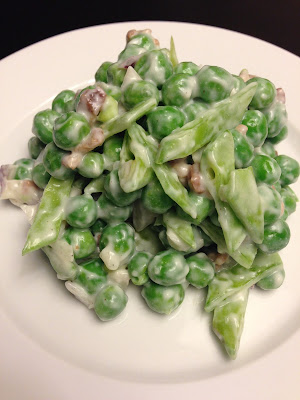 The beauty of the Internet is I can often find the recipes I'm looking for. In this case, the recipe was vetted by a local Hawaii newspaper columnist from a series of submitted recipes. I don't know how close it is to the restaurant's recipe but it satisfied all of my nostalgic cravings.

I love the sweetness of the petite peas combined with the crunch of the snow peas and water chestnuts and the saltiness of the bacon. I played a bit with the amount of the ingredients and I prefer a tad less dressing than the recipe calls for. And following the notes on the recipe, I bought bacon bits (Hormel Real Crumbled Bacon) instead of cooking my own bacon. Seemed to work just fine.

One last note, white pepper makes a difference. Black pepper would be okay but white pepper gives it the right flavor. 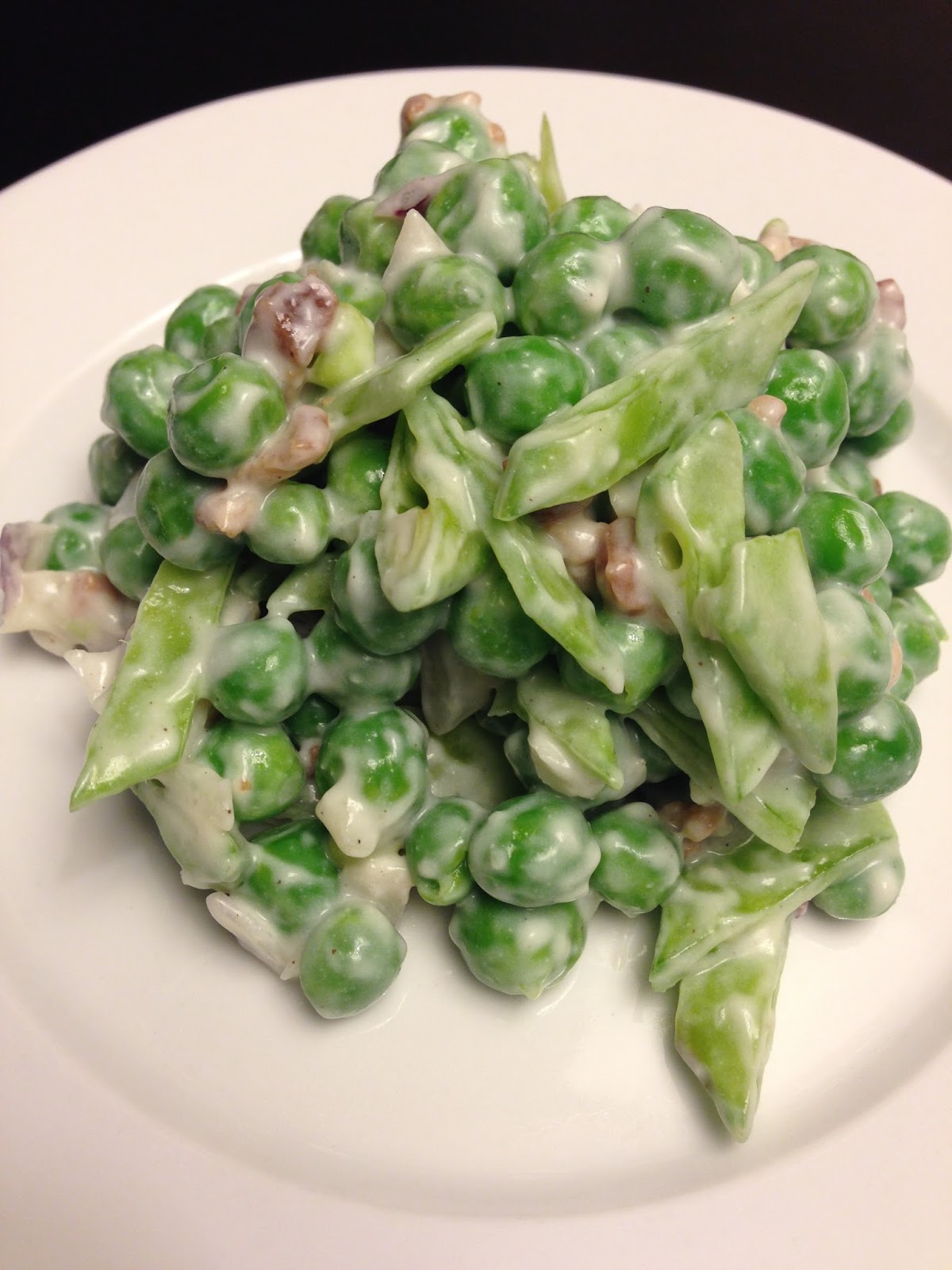 This recipe is modified from one published in the Honolulu Advertiser on July 30, 2008. It's reminiscent of a salad served at a long-since-gone Honolulu restaurant, Ryan's Grill.
Prep time: 20 MinInactive time: 24 HourTotal time: 24 H & 20 M

For the dressing:
For the salad: 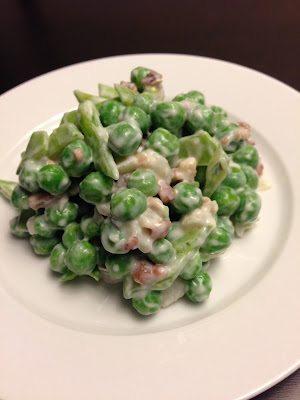