The second new cookie recipe I tried this year I found through my Facebook feed. I almost ignored it primarily because it comes from Whole Foods ('nuff said?). The recipe also uses coconut oil rather than butter and everything in me just said, "Whyyyyyyy??" But I ended up trying them and they turned out quite well. I had a few people tell me it was their favorite of the cookies I made this year. 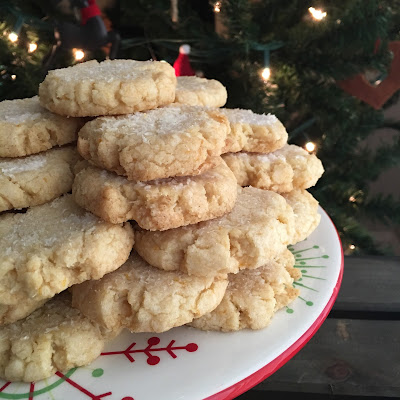 Of course I made some minor modifications as I went along. I did consider replacing the coconut oil but instead decided that it would boost the coconut flavor. And rather than use the mandarin oranges the recipe called for, I used a navel orange I already had in my kitchen. 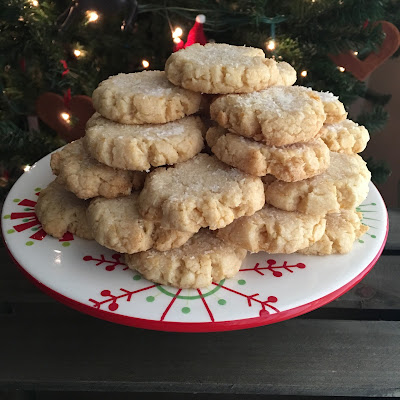 In a large bowl, beat 1¼ cups sugar and coconut oil on medium speed for 1 minute.

In a bowl, combine remaining ¼ cup sugar and ¼ cup coconut.

Form dough into 1½-inch balls. Arrange 2 inches apart on a parchment-paper or Silpat lined baking sheet. Dip a flat-bottomed glass in water and then in sugar mixture. Press down firmly on each cookie, re-dipping the glass as needed. Bake until golden brown and just firm, about 15 minutes.
Labels: baked goods cookies holiday