In a previous post I shared a recipe for chocolate haupia pie for a crowd. This weekend I was invited to a dinner and offered to bring dessert. Because my host always asks for this particular dessert, I decided to see what I could do to make it a little more elegant. 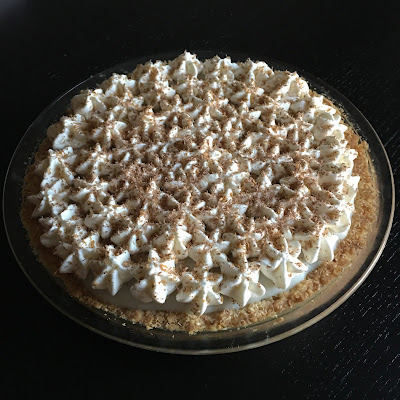 Unlike its larger sibling, I wanted to make everything from scratch and not use boxed pudding mix. If you Google the recipe you'll come up with a number of options for basically the same recipe. I used the one I found in Hawaii Magazine as my starting point.

The problem I had with that recipe is the ingredient listed as "7/8 cup chocolate (Dutch chocolate, or any chocolate with high cocoa butter content)." What did that mean? Did they mean Dutch process powdered cocoa? Did they mean a chocolate bar broken up to make 7/8 cup? And if so, how coarsely or finely should the chocolate be broken?

After looking at a few other recipes I decided on using 7 ounces of good quality chocolate (I used Valrhona dark bittersweet chocolate, 71% cacao). 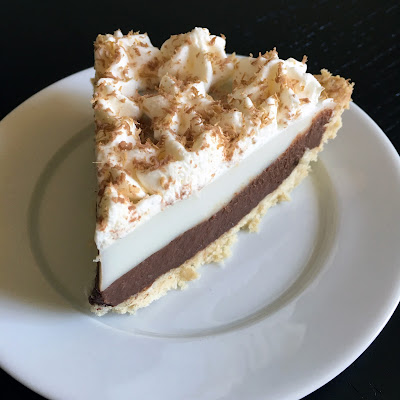 The next thing I looked at was how to get more coconut flavor and texture into the pie. So I started looking for recipes that incorporated coconut into the crust. The challenge was all the results for paleo or vegan crust recipes. I wasn't looking for a recipe to satisfy a dietary restriction but for something that could enhance and elevate the pie. I finally found a recipe on Snapguide for a Toasted Coconut Pie Crust.

This is an interesting crust recipe. Not traditional as it starts with softened butter, there's no refrigeration, and there's no rolling out of the dough. It's somewhat similar to a graham cracker crust. Definitely my kind of pie crust. Despite the high butter content in the crust and my greasing the pan in advance, the crust stuck to the pan. Still, I'd make it again. It's really easy and tasty.

Finally, when assembling the pie I decided to take a cue from Ted's Bakery and piped on the whipped cream using a star tip. The pie would taste just as good if I'd just layered the cream on top but I wanted to be "fancy."

And there you have it, one of my favorite desserts, chocolate haupia pie. 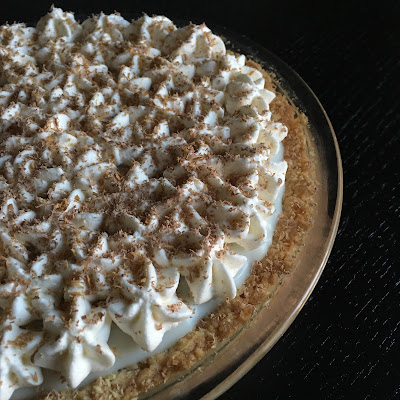 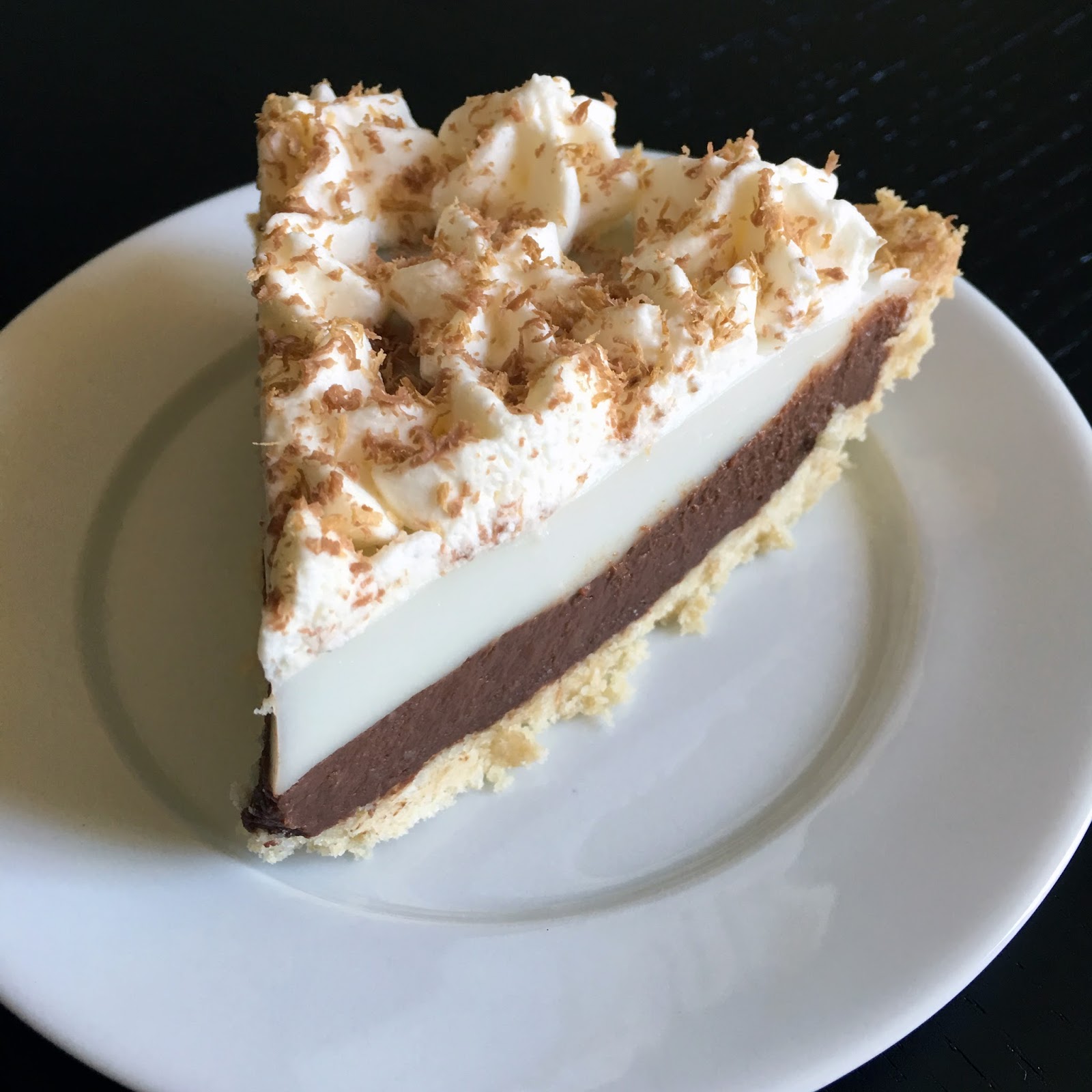 For the toasted coconut pie crust:
For the pie:

A pre-baked traditional pie crust may be substituted for the toasted coconut pie crust.

If you are using the coconut pie crust it will sit flush with the top of the pie dish and therefore you will need only around two-thirds of each of the puddings. 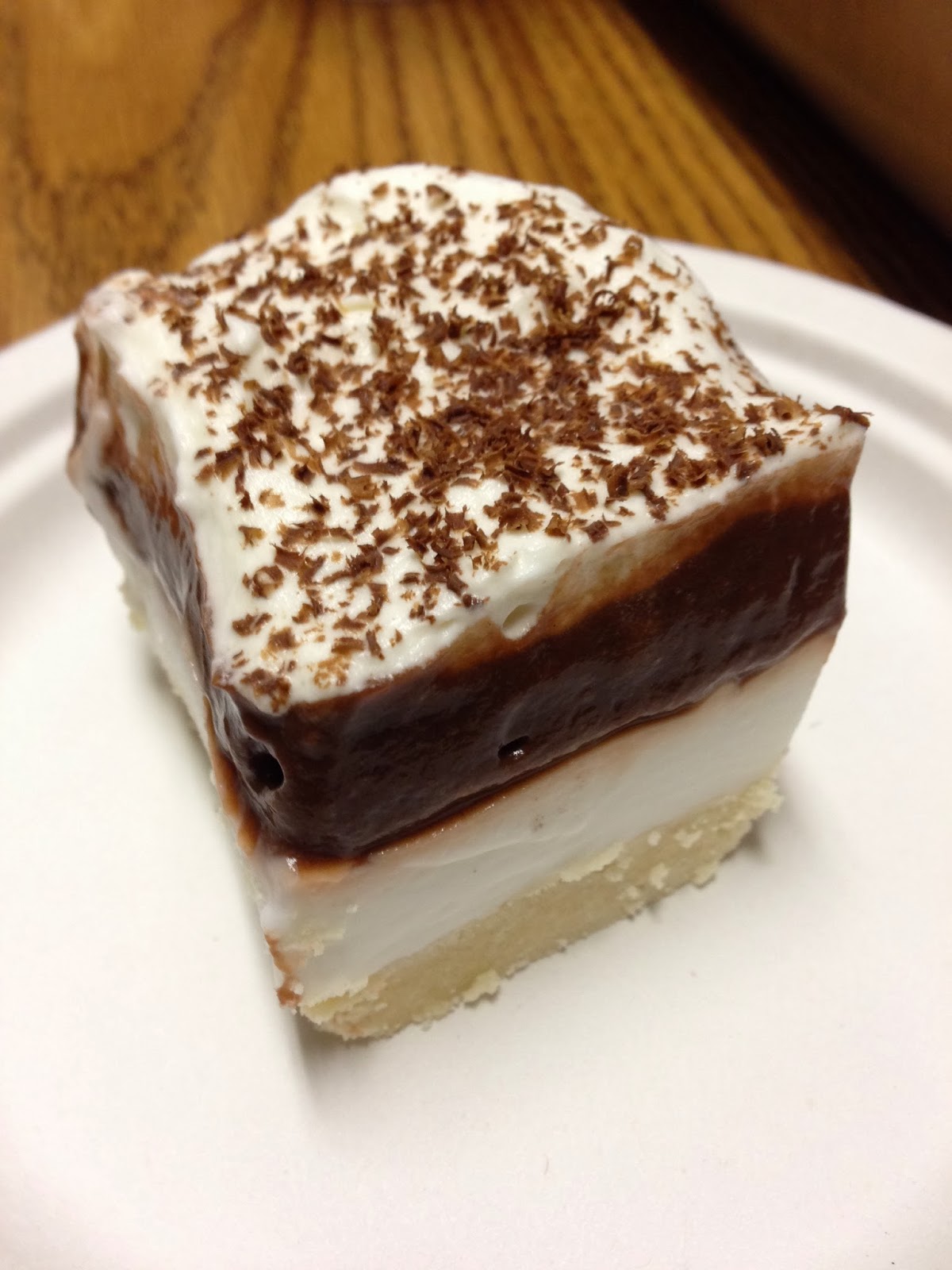 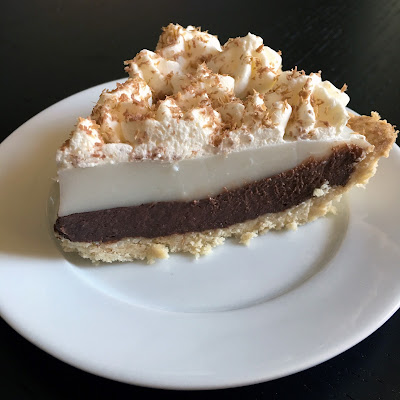