In addition to my obsession with cookbooks I also watch a lot of cooking shows. I started early when the only shows were on PBS. With the Food Network and Cooking Channel I can watch cooking shows almost round-the-clock. And this is where I found inspiration one weekend while watching an episode of Tia Mowry at Home (yes, I even watch the celebrity non-chefs who have their own shows). 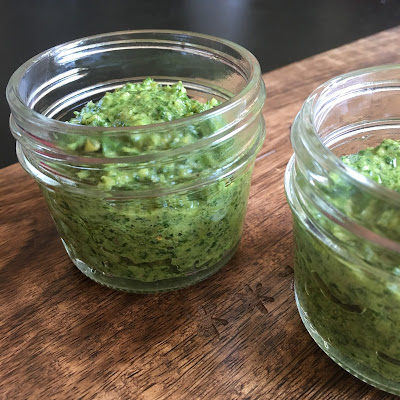 On this particular episode Tia made a zucchini ribbon salad with a pesto vinaigrette. It looked refreshing, a perfect summer salad, and a great way to use up a bountiful summer vegetable.

I know pesto comes in many forms. Instead of the classic Genovese pesto that uses basil as its base, this pesto is primarily arugula with smaller portions of basil and mint. It also uses walnuts instead of pine nuts and doesn't include any cheese. 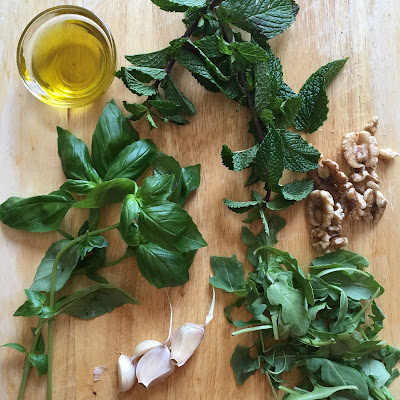 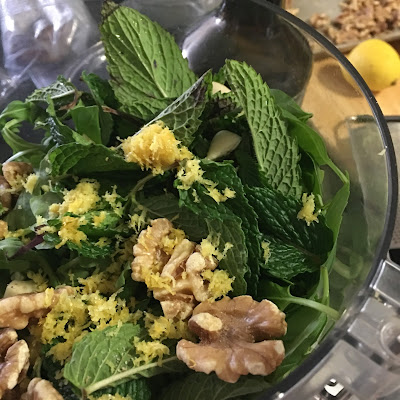 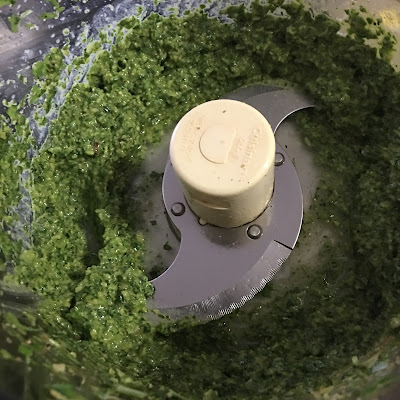 I loved the salad - had it multiple times that week and plan to make it again soon. But I also found the pesto to be quite versatile and I've made multiple batches. I used it to season a simple heirloom tomato salad as well as a chicken, quinoa & pesto salad. I also think it would be great on chicken or fish. 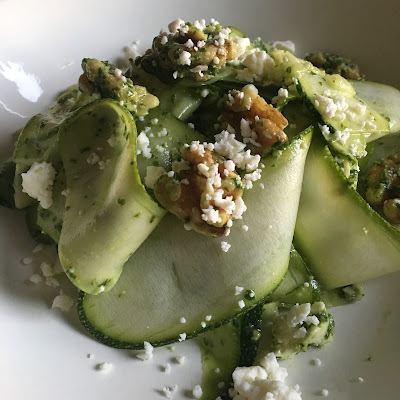 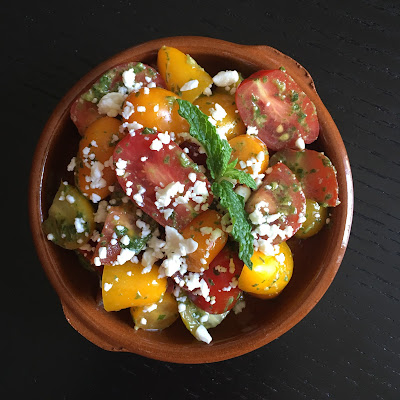 In a food processor, combine all the ingredients except the olive oil. Pulse until coarsely chopped. With the machine running, drizzle in the olive oil; process until smooth.

Store in the refrigerator for up to 3 days. Pesto can also be frozen in small portions (like an ice cube tray) to be used at a later date. 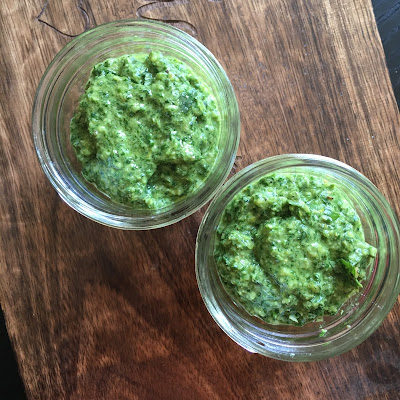