I'm always looking for recipes for weekday meals that are easy, flavorful, and healthy. I saw a post recently about someone adding zucchini to ground turkey meatballs as a way to keep them moist and to add more vegetables. I thought it was a great idea and started looking for recipes. I came upon several posts for a recipe from Yotam Ottolenghi & Sami Tamimi. It was just what I was looking for and was included in their Jerusalem: A Cookbook which was sitting on my shelf. 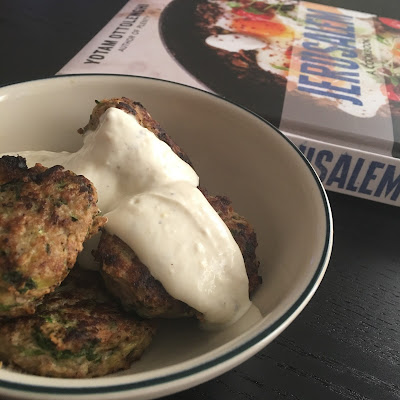 In terms of prep work there isn't much. Grating the zucchini is very easy with a box grater and then there's a bit of chopping of fresh herbs and garlic. Other than that it's tipping everything into a bowl and mixing it together.

I read on other blogs that the mixture was very wet and in some cases the authors decided to leave out the egg. I kept it in as there are no other binders in the mixture. If I hadn't read the other articles I might have thought I'd done something wrong. When forming the patties it barely feels like they'll hold together but trust me, through the cooking process they'll do just fine. And without a lot of handling or other binders, it makes for a very tender and moist burger. 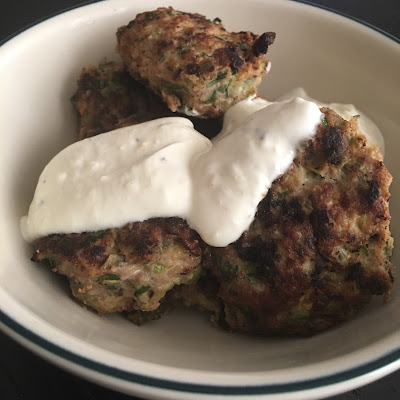 The burgers are delicious with the herbs and spices adding so much flavor to what is a rather bland protein. On their own the burgers are great but with the sauce they're fantastic. I thought I had sumac but unfortunately I used it up so I added some extra lemon zest and lemon juice to make up for it. You don't need much of the sauce because the flavors are so powerful.

I've eaten the burgers on their own, with quinoa, and also as a sandwich in pita bread. Others have made them into small cocktail-sized meatballs for parties or full-sized burgers to eat in hamburger buns. It's very versatile. 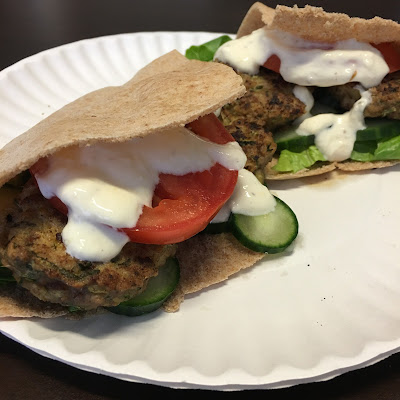 This recipe is definitely a keeper and one that I'll be making again. 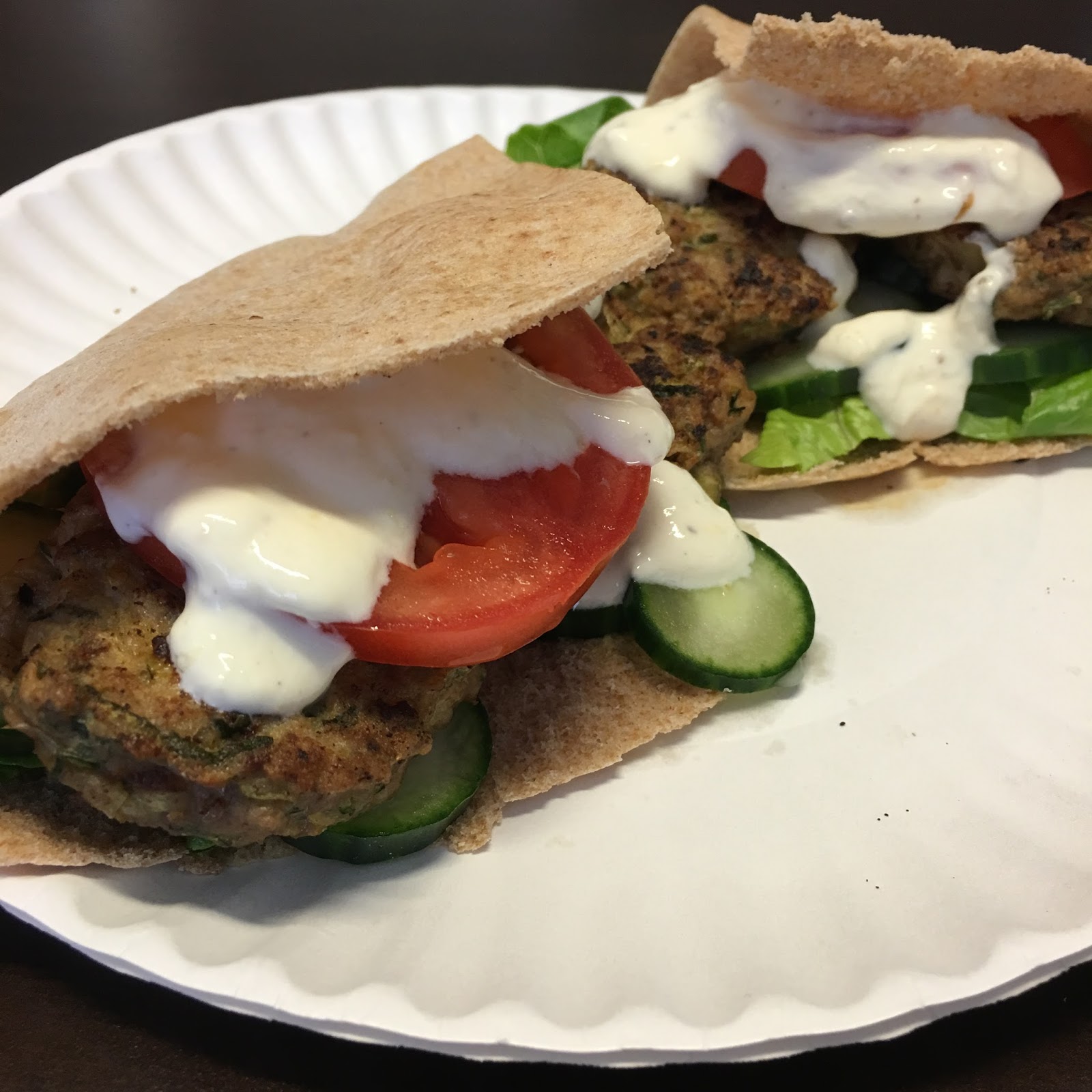 For the sour cream & sumac sauce:
For the turkey & zucchini burgers:

For the sour cream & sumac sauce:
For the turkey & zucchini burgers: 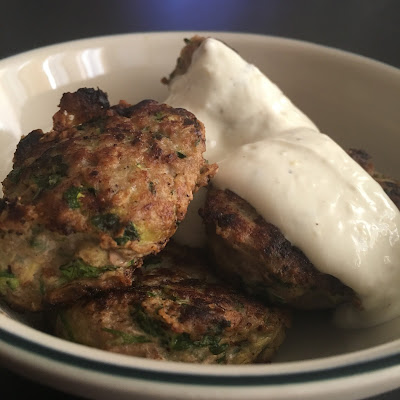