It's been a little while since I've shared some of my favorite places in Hawaii so here's my 2018 edition. A couple of the places like Big City Diner and Tanaka Saimin are family favorites. I've mentioned them in previous posts but wanted to share a bit more about them.

So let's start with those two favorites. Big City Diner is the place that we go to on the first morning after I arrive in Honolulu. It's a local diner with big cups of hot coffee or hot cocoa to go along with generous portions of tasty food. While we occasionally have lunch or dinner there, this is one of our favorite breakfast spots. My choices range from kim chee fried rice to really loco loco moco to portobello mushroom & avocado benedict. My sister loves the cinnamon french toast and my nephew loves the Mr. Chipper chocolate chip pancakes (although I must admit that I'll often steal some from his plate). You really can't go wrong here and it's a great way to start the day. 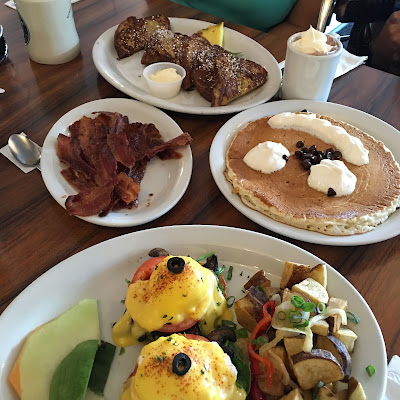 Tanaka Saimin is another family favorite. Saimin is similar to ramen but I think is unique to Hawaii. The noodles are a little thicker and a little chewier than traditional ramen noodles. In Hawaii there are many different saimin restaurants and everyone has a favorite, this place is ours. In addition to big bowls of soupy noodles we also enjoy the crispy shoyu chicken, roast pork, and fried noodles. But on a cool Hawaiian evening nothing beats a big bowl of saimin. 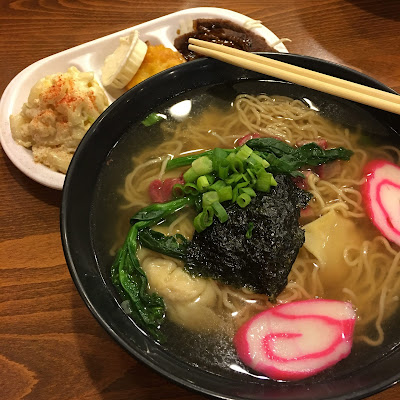 Now on to a couple of newer places we enjoy and highly recommend. The first place I believe started as a stand at the farmer's market and still continues in several of the markets on Oahu. The Pig & The Lady restaurant is the brick and mortar manifestation of the farmer's market stall. The menu includes modern takes on Vietnamese food like pho and bahn mi as well as other dishes like chicken wings and malasadas. It's sister restaurant, Piggy Smalls, has a similar menu and is also worth a visit.


Purvé Donut Stop is on the list because who doesn't love donuts, especially one called Unicorn Butt Sneeze. Other humorous, tongue-in-cheek options include Sunburnt Haole, Ala Wai Tea Bag, and "You're Killing Me Smalls." Donuts are made to order by some local guys who seem to really enjoy their jobs. The location is a little tricky to find - follow your GPS and look for the ramp going to the parking lot on the 2nd floor. 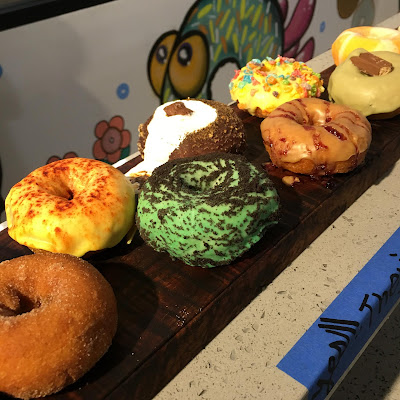 Finally I'll share some places that we like to take visitors. In Kahuku on the North Shore of Oahu you'll find a number of food trucks selling their version of buttery, garlicy shrimp. Our favorite is Giovanni's but for an objective comparison, check out this article. Oddly I don't have any photos of the shrimp. If possible, stay away on the weekends unless you have a lot of time to kill and like waiting in lines. We stick with the traditional butter garlic shrimp. We have been too wary of the "no refund" warnings on the spicy version. And while you're waiting for your shrimp, grab some roasted corn on the cob from Nozawa's Kahuku Corn. 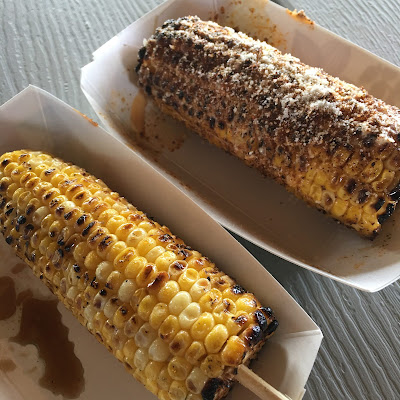 This last place is truly touristy but we enjoy it as a staycation option on Oahu. Disney's Aulani Resort is a way to get away from the traffic and busyness of Honolulu and enjoy a vacation that doesn't require an airplane flight. Some fun options include the character buffet breakfast with Goofy and Minnie as well as getting Mikey-shaped shaved ice poolside. Disney isn't for everyone but it's a fun option for families. 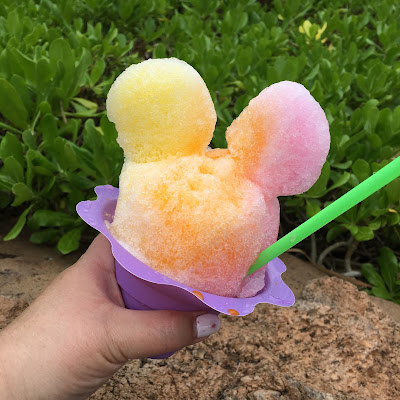 Hawaii Feasting: New to Me