It is no secret that Nigella Lawson is a favorite of mine. I enjoy her approach to entertaining, to make things elegant but easy. This bread pudding couldn't be easier and it fills the house with the most wonderful smell. 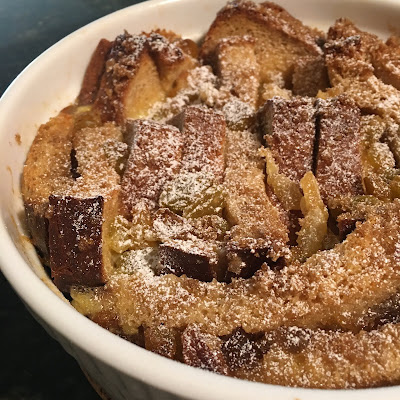 While this is one of my go-to recipes, one of the main ingredients, ginger jam, isn't so easy to find in the U.S. When friends travel to the U.K. I often ask them to bring back a jar for me and so I have a ready supply on hand. I happily accept preserves, conserves, or spreads. 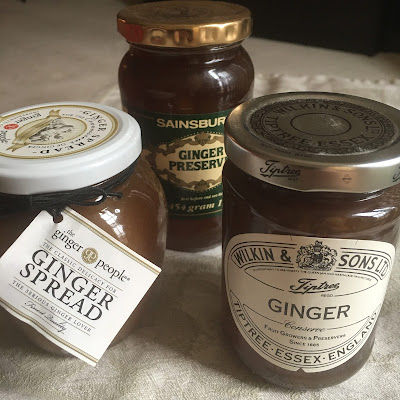 If you don't have ginger jam Nigella recommends using marmalade or apricot jam instead. I haven't tried either although I am sure they would be equally delicious. If I were to try one of the other options, I might add some chopped candied ginger to bring in the ginger flavor of the original.

Other than the ginger jam, the rest of the ingredients are straight-forward and are easily exchanged for other pantry items - use white bread instead of brown; regular raisins instead of golden raisins; or brandy instead of rum. I almost never have Demerara or Turbinado sugar so I use regular (light) brown sugar. 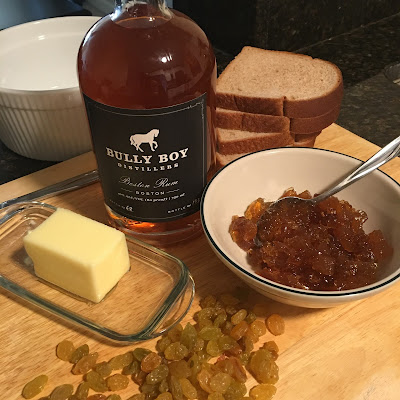 In terms of assembly, it is a matter of putting together a few bread and jam sandwiches, making a very simple custard, and getting everything into a buttered casserole dish. I've also made these in individual ramekins for easy serving. Best of all, no bain marie or water bath is required. 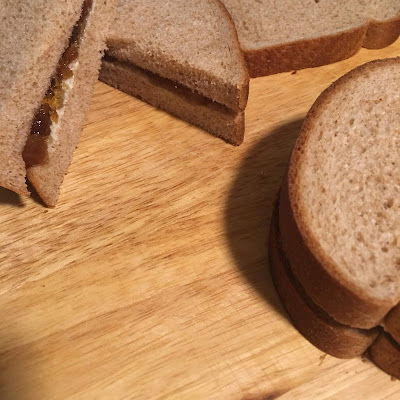 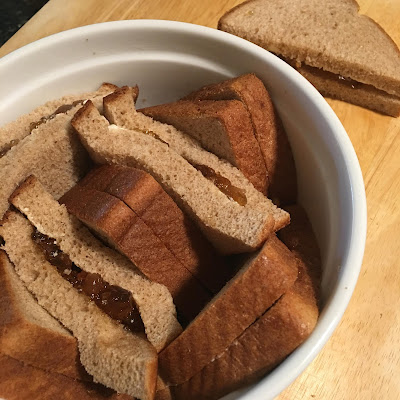 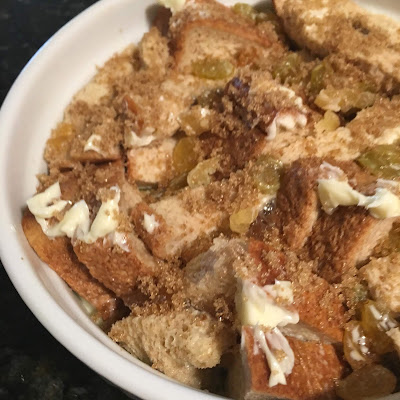 As simple as this recipe is, a little goes a long way and it can feed a crowd. It can be served in the British style with a side of custard (which my friend Sharon would love) or with some unsweetened whipped cream. 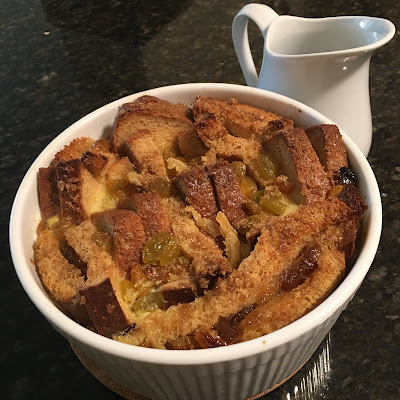 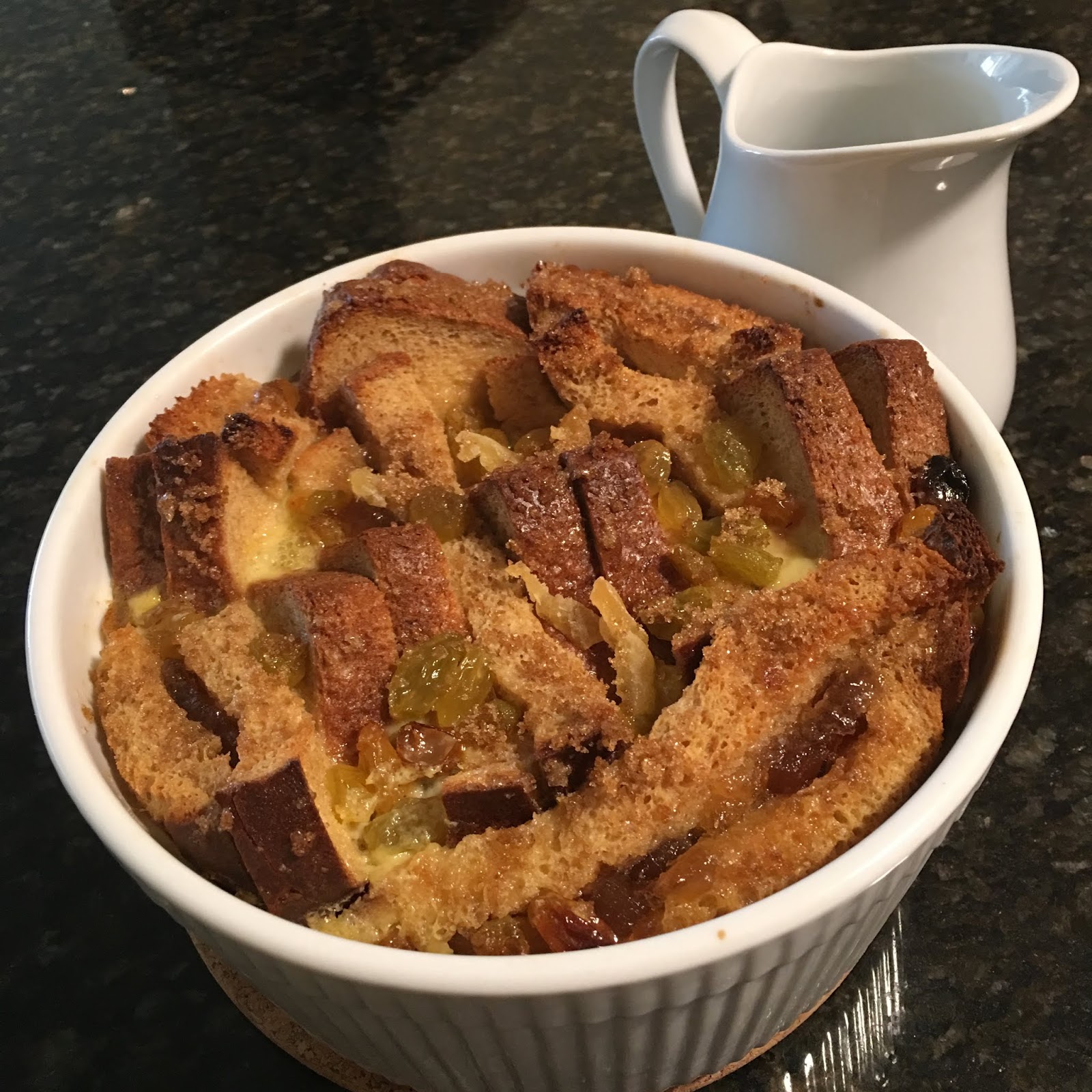