Chocolate Pavlova with Strawberries and Cream

My friend Sharon introduced me to Nigella Lawson, her television shows, and her cookbooks. One of the first recipes she asked me to try out was Nigella's Chocolate Pavlova. I had never heard of this dessert but have since discovered that it's perfect for summer - light, airy, celebrating fresh fruit. What's not to love? 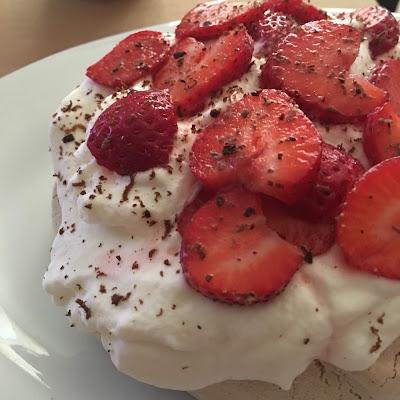 I've found Nigella's recipes to be easy and approachable and include a number of them in my collection of go-to-recipes. Thanks to this recipe, people think I'm a master of meringue. Nothing could be further from the truth but knowing the basic method has taken me a long way.

All of Nigella's pavlova recipes call for superfine sugar but I've always used granulated sugar. I assume that using granulated sugar would make the meringue grainy but this hasn't been an issue for me.

Instead of making one large pavlova I decided to make six individually sized meringues. Since I free-formed them, they turned out much larger than I planned. I probably should have made eight or ten instead. 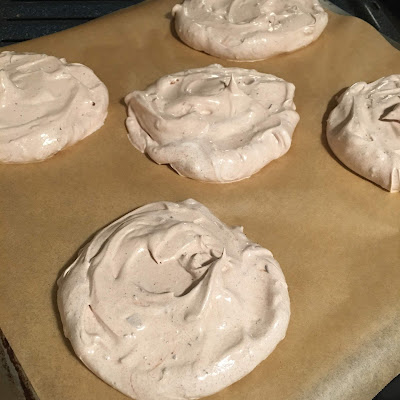 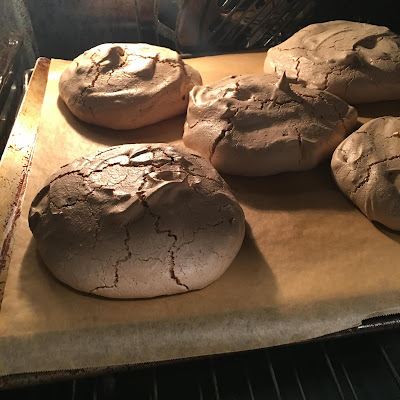 But despite their size, they turned out perfectly. Because of the sweetness of the pavlova, the whipped cream does not need any additional sugar. If the fruit is particularly tart you could macerate it with a little sugar but it's not necessary. Unlike the original recipe I use strawberries instead of raspberries. 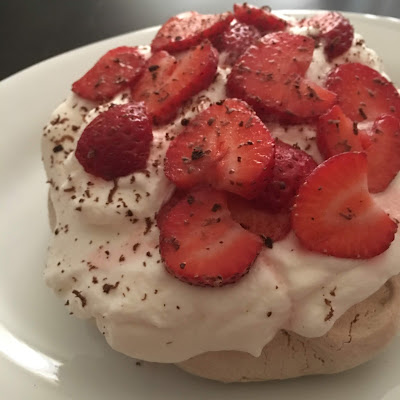 I also experimented with some peaches and mint but ultimately preferred the strawberries. 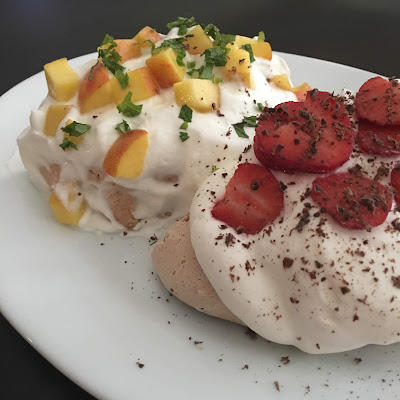 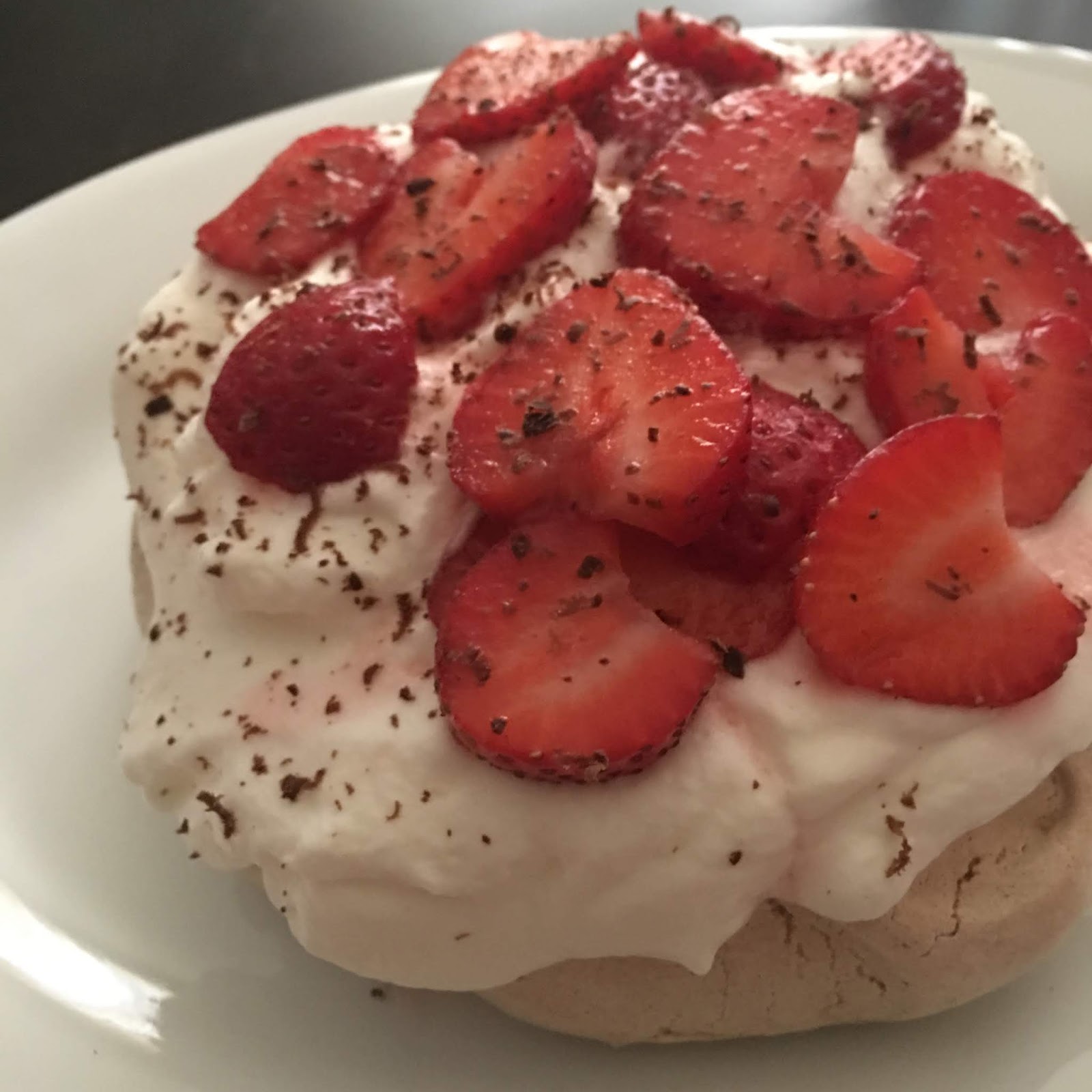 Chocolate Pavlova with Strawberries and Cream

Adapted slightly from Nigella.com, these pillowy confections have a thin, crisp shell that melts in your mouth and pairs so well with the billowy whipped cream and sweet fruit.
Prep time: 20 MinCook time: 1 H & 15 MInactive time: 1 HourTotal time: 2 H & 35 M

For the chocolate meringue base:
For the topping: