Reminicing about a fantastic food weekend in Portland

My friends recently celebrated their second wedding anniversary and I was reminded of one of the most fun, touching, and best weddings I attended. It was held in Portland, Maine, a city that remains a favorite of the couple and which allowed me to explore a great food destination over the course of the weekend. 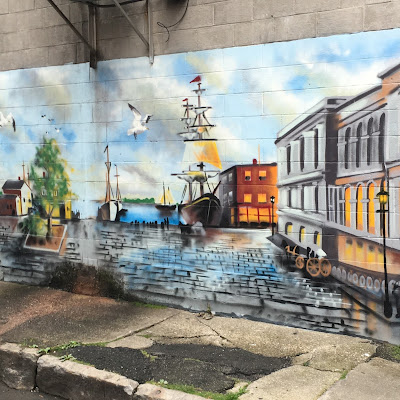 From the freshest seafood to craft beers, Portland is well deserving of its Bon Appetit 2018 Restaurant City of the Year title. In our short time there we hit up as many places as we could but there was so much more to explore. I see why my friends love it so much and I only wish I spent more time there.

We started our eating adventures at Fore Street, one of the establishments of the food scene in Portland. Knowing that a delicious and satisfying meal was waiting for us at the end of our drive, we headed out of Boston to brave the Friday evening traffic, spurred on by what awaited us. We chose to forgo the wedding welcome festivities because we knew it was the only opportunity we would have to go to Fore Street. The restaurant is beautifully dark and rustic, but unfortunately not conducive to photos.

We started the next day at The Holy Donut. The use of potatoes makes these donuts unique, keeping them moist and making them a little more substantial without being heavy. And while I love my sweet donuts, I LOVED the bacon cheddar filled donut - that's my kind of breakfast sandwich!


Fortified with our donuts we spent the morning exploring - Portland is a great walkable city with lots of small shops and galleries. But we weren't meant for donuts alone so we stopped at OTTO, a Portland original, for a slice of the day.


The next day, we had our last meal in the city at Central Provisions. The restaurant doesn't take reservations and there was a long line out front but here's a secret we discovered... We took a stroll down the hill to the downstairs bar and arrived just as it was opening. We sat down right away, without a wait, and enjoyed the same menu. The Bloody Mary was perfect and so was the skillet corn bread with eggs, bacon, and cheddar cheese. 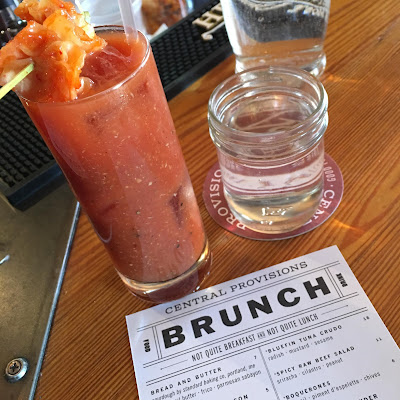 To walk off the post-brunch food coma we headed over to the Shipyard Brewing Co. to check out their seasonal brews and made a final stop at the Standard Baking Co. to stock up on some artisan breads and a few sweet treats. 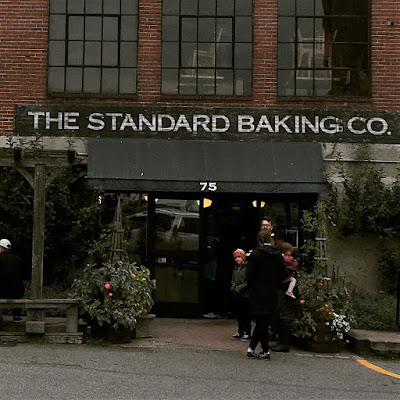 There were a few other places we wanted to eat but just didn't have room in our bellies including Eventide Oyster Co., The Honey Paw, and Duckfat. They will have to be for another trip...

As I said before, and especially now that I'm at the opposite end of the country from Portland, I'm sad that I didn't spend more time there. It was fun reliving that weekend, not only for the eats but in celebrating my friends and their anniversary. So do I recommend a visit to Portland? In the words of the bride: 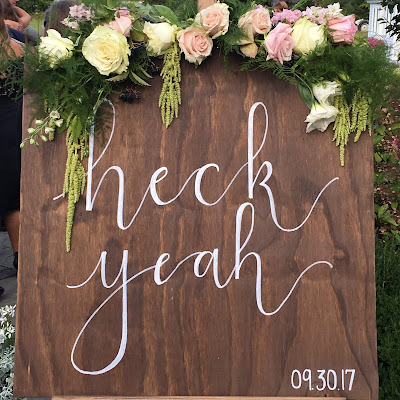