This year I am cooking my way through some of my favorite recipes in the family cookbook and enjoying the happy memories they evoke. The memories aren’t always specific – like a party or a family gathering. The memories are of my mother in the kitchen and the delicious aromas coming out of the oven. These tarts are something my mother made all the time and as we rediscovered the recipe, it was fun working side-by-side with my sister, making new memories. 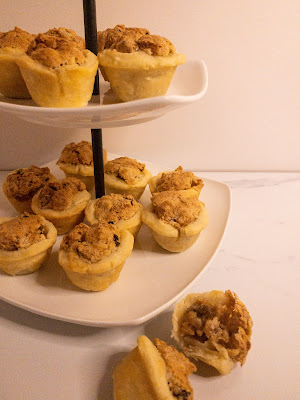 One of the surprising things about this recipe is what it doesn’t contain. There’s no sugar or salt in the tart crust, in fact, there isn’t any salt anywhere in this recipe. Having eaten these tarts many times in my life and never feeling they were lacking anything I suspected that something got left out when we typed up the recipe. However, I followed the recipe as written and lo and behold, it tasted exactly as I remembered. 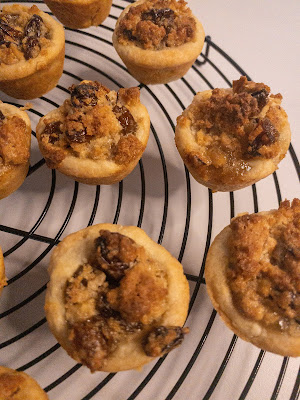 The other surprising thing about these old family recipes is the lack of detailed instructions, almost resembling a technical bake in the Great British Baking Show. “Make the filling.” Or “Form the crusts.” To be fair, many of these recipes were written on small 3” x 5” recipe cards so there wasn’t much room for elaborate instructions. For the benefit of the blog I expanded the instructions and provided a little more detail. 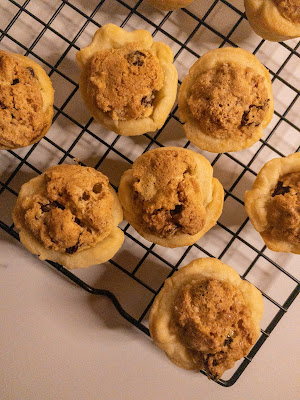 Assembling the tarts wasn’t as fussy as I imagined. The cream cheese dough is easy to work with, even in the warmth and humidity of Hawaii. In an episode of a Michael Symon cooking show, his wife formed mini tart shells using something she called a tassie tamper. My sister and I were intrigued to know that such an implement existed. Although they are relatively inexpensive, we didn’t feel the need to invest in a tamper. Instead we used a pestle and it made forming the tart shells a breeze. Neither a tamper or a pestle is needed at all, fingers work just fine – it’s how my mother always did it.

These tarts aren’t overly sweet, and the filling is not thick and gooey. They make a nice light bite after dinner and are perfect with a cup of tea in the afternoon.

These little tarts are great with a cup of tea in the afternoon or as part of a dessert buffet.
Prep time: 45 MinCook time: 25 MinInactive time: 45 MinTotal time: 1 H & 55 M

For the crust:
For the filling:

For the crust:
For the filling:
To assemble: