It's the beginning of November and it is still hot in Hawaii. For visitors seeking to escape the oncoming winter, it is near perfect weather - clear, almost cloudless skies with lots of sunshine. For those of us going about our daily lives, we're looking for a little relief in the form of frozen treats. 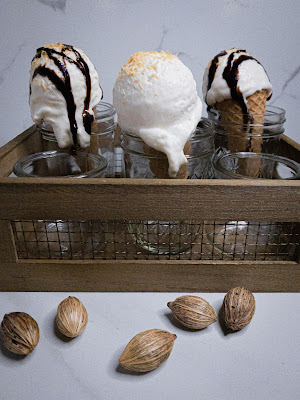 I recently came across sweetened condensed coconut milk at my local grocery store. It's a non-dairy option for vegans but that's not what drew me to the product. My mind immediately went to creating a coconut no-churn ice cream to take advantage of the flavors in this plant-based alternative and to avoid the traditional method of cooking a custard, letting it cool, and churning it in an ice cream maker. 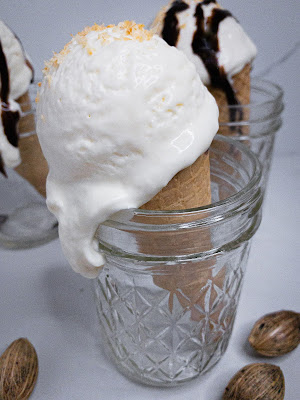 I started with Nigella's basic no-churn ice cream recipe and then made adjustments. In addition to subbing out the sweetened condensed milk I also used Malibu coconut rum for the alcohol component. And for good measure, I added some coconut extract. It was important to find the right balance of coconut flavor - too much and it would taste like sunscreen.

If you like the texture, you could also fold in some toasted, shredded coconut into the final product. I chose to use it as a garnish instead.

Serving up the coconut ice cream

Like any other ice cream, serve the coconut ice cream in a cup or cone. I like to add a sprinkling of toasted, shredded coconut for a little crunch. You can also add a drizzle of chocolate sauce to create an ice cream version of a Mounds or Bounty bar.

Whether you eat it straight out of the container, in a cone, or zhush it up with chocolate, this coconut ice cream is a delicious, tropical treat on a warm, sunny day, even in November. 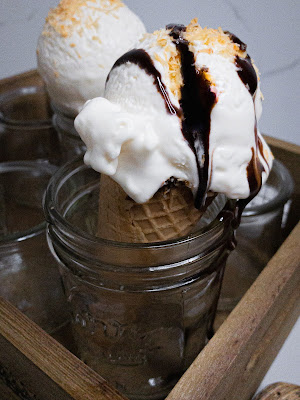 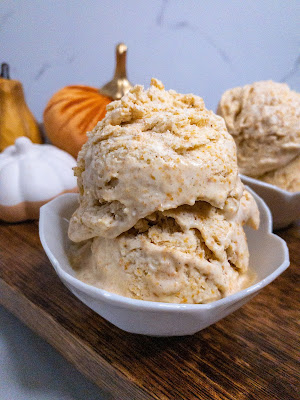 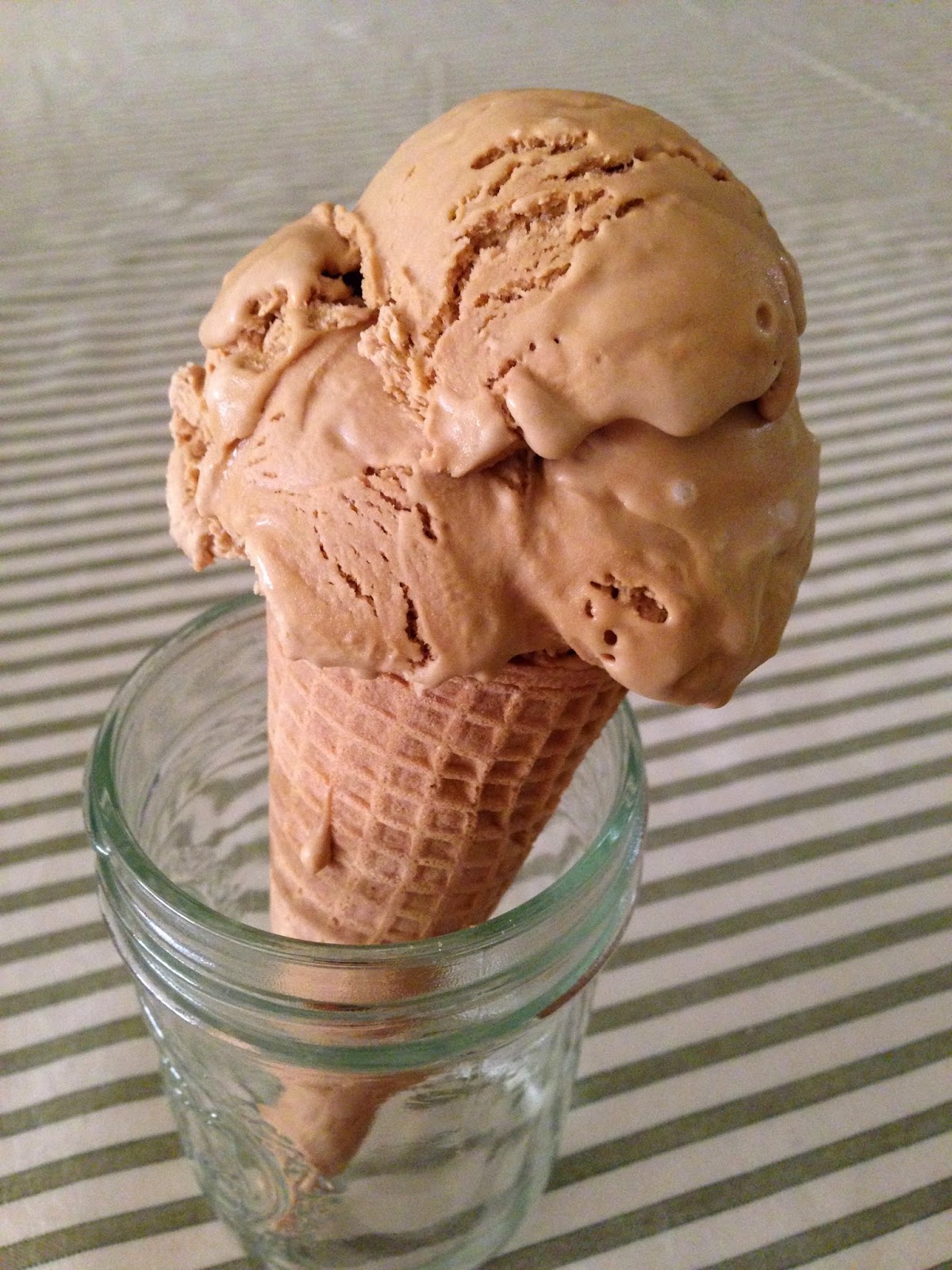 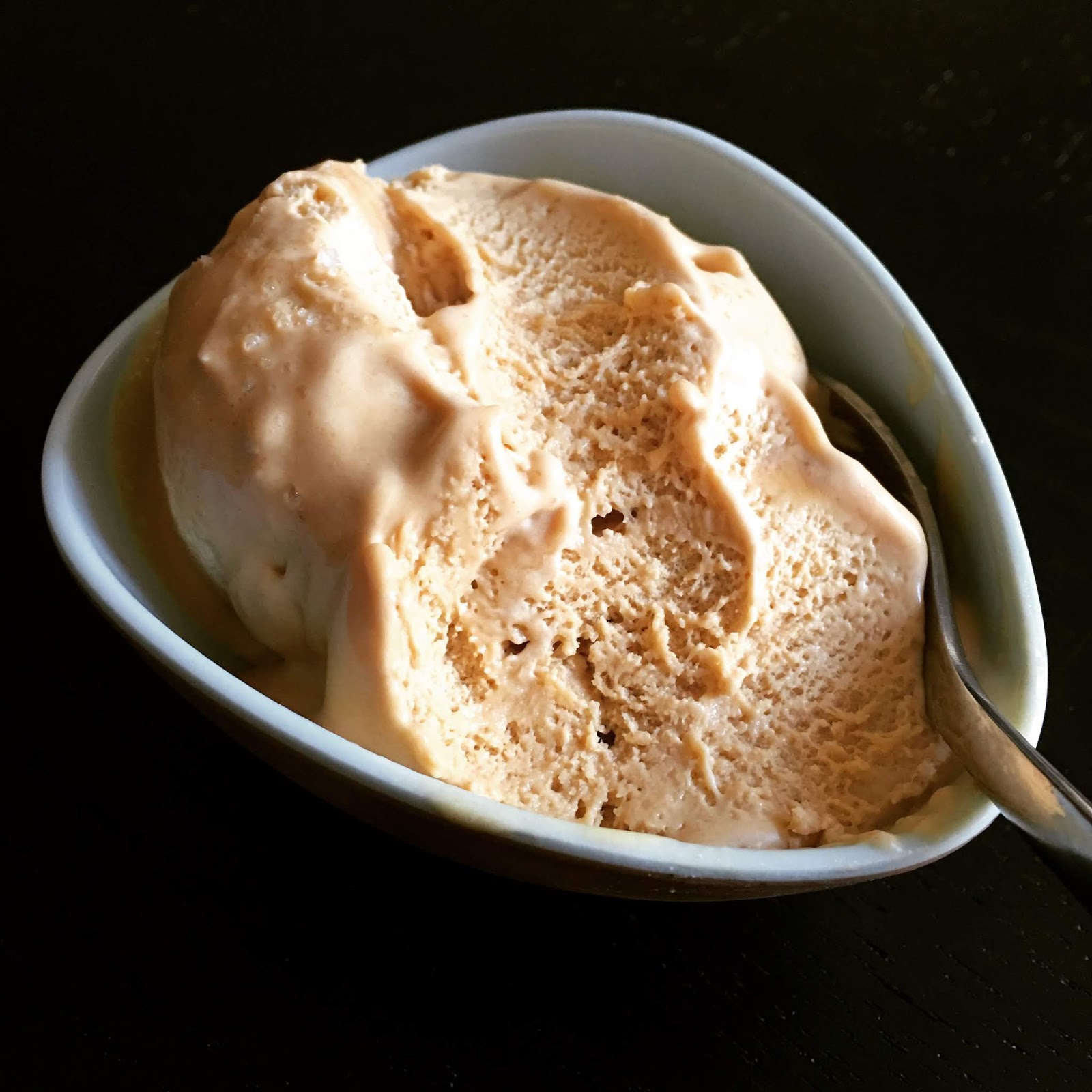